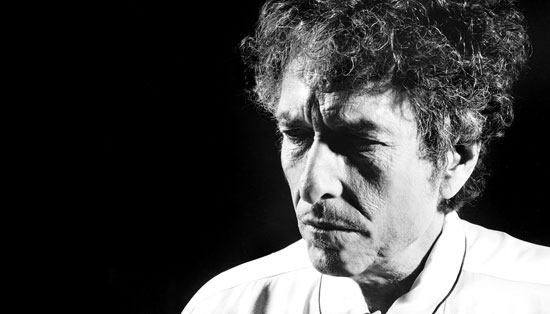 Steve Wynn: You know what’s amazing about Bob Dylan? He’s not only a great DJ, but he also writes some pretty good songs. Seriously, I think the best forum for his talents in the last five years has not been his records or his concerts but rather the three seasons of Theme Time Radio Hour With Bob Dylan XM Radio. I have a friend who insists that Dylan neither chooses the songs nor writes the copy. If that’s true, no problem. If there is a man behind the curtain, he does a great job of creating Radio Host Bob, just another of his many disguises, just as believable, just as compelling, just as much fun to imitate and just as hard to know if it’s any closer to Dylan’s real personality than any other persona he has inhabited before. And in much the same way as everything Dylan has done, it’s truly the singer not the song. It’s the way he tells the story; it’s his voice, his phrasing, his intonation more than the stories themselves. I hope there’s a fourth season.

2 replies on “From The Desk Of Steve Wynn: “Theme Time Radio Hour With Bob Dylan””

I like a lot of what Dylan has done, that said, I have seen him live twice and it is a painful and terrible experience to sufer through. As a studio performer, they can get a great album out of him. Live, he’s just unintelligible, he noodles around spastically on his electirc which is 10 times louder than the actual guitar player for the band. Its sort of like every expects him to be good, and after paying high dollars, everyone says it was great, but it’s not. Sorry !

Don’t be, Kevin- I have to agree, my experience was similar. Pretty dreadful.

BUT- Theme Time Radio Hour is GREAT. Dylan’s discovered a new career as DJ/Voiceover artist, and at that he’s fantastic. He should explore it more. no one has the pacing and cadence of this guy. utterly unique.

I think he just doesn’t know what to do but go on the road, or he just loves it too much and we indulge him because he’s DYLAN, man, DYLAN.