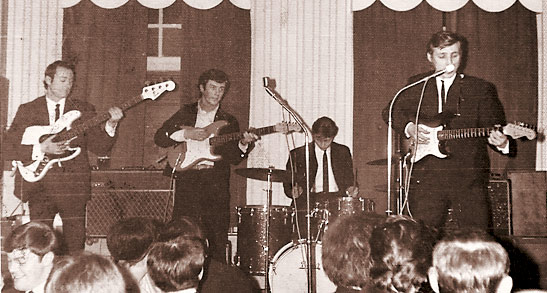 Hawley: As a boy, I took it for granted that my family were all either musicians or into music. I didn’t think about it. As an older man, I realize how lucky I was. I was brought up in a really rough part of my hometown of Sheffield, and their influence guided me so massively but also gently away from some dangerous pastimes that were easily available around us. (Those things I was to discover of my own free will later on in life.) If I ever had heroes, I think these three men are those. My grandfather was a music-hall performer. He had an act where he used to play the violin behind his back while he stood on his head. This was some years before Hendrix. It didn’t catch on. [Hawley’s dad’s band, the Dave Hawley Combo, is pictured]