As 2009 comes to an end, we are taking a look back at some of our favorite posts of the year by our guest editors. Today’s entry is from July 17. Here, James Jackson Toth writes about Boston terriers. We know, it’s not the most illuminating post, but if you have a Boston terrier with you every day at work, you understand why we picked this one. Higgins wishes you and yours a happy new year.

Given MAGNET’s detailed coverage of the end of the Mendoza Line—a beloved, ragtag countrypolitan bar band that went up in flames in 2007—it only seems fitting that we have plenty of access to the formation of the Jescos, the new group featuring the Mendoza Line’s Timothy Bracy and Wooden Wand’s James Jackson Toth, as well as Bracy’s wife, singer Elizabeth Nelson. Bracy has found his rambling pub-rock foil in Toth on the forthcoming Remembrance Of Things Trashed, a debut album that guts it out for rock ‘n’ roll glory. Read our Q&A with Toth and Bracy. 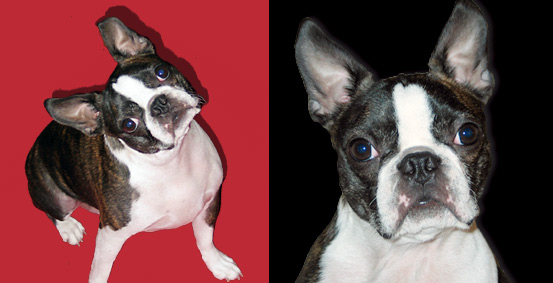 James Jackson Toth: I have an almost unhealthy affinity for canines of all stripes, but Boston terriers are my favorite. They always appear to be in the throes of some state of abject panic, which never fails to cheer me up for some reason. I can’t gaze upon a Boston terrier and not smile or laugh. People who hurt dogs should be killed. [Astute readers will no doubt recognize the Boston terrier pictured: MAGNET mascot Higgins, a.k.a. the greatest dog ever. —Ed.]