Clem Snide began recording albums more than a decade ago in New York, the band’s clever alt-country songs often came across as an ironic take on Americana. Everyone knows you can’t do country music in the big city, and where did Israeli-born singer/guitarist Eef Barzelay get that twang from, anyway? After years of slogging through the indie-rock touring circuit, a band breakup and a move to Nashville, the reunited Clem Snide has earned the all-American desperation and heartbreak that lies in the marrow of its latest album, The Meat Of Life, out this week on 429 Records. Barzelay is guest editing magnetmagazine.com all week. Read our Q&A with him. 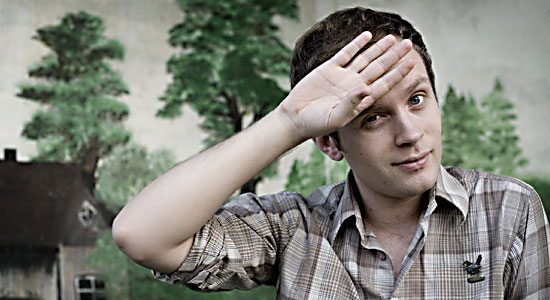 Barzelay: Jens Lekman is a kook in the best possible way. Me and the wife love that movie Mask, so for him to sing a song as Rocky Dennis that is both beautiful and sweet and also includes Rocky’s prediction that “someday I’ll be stuffed in a museum scaring little kids with the inscription ‘carpe diem,’ something I never did” further cements Lekman’s place in my heart. I want to show you more colors. Video after the jump.