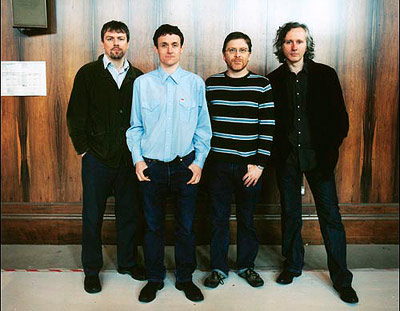 1991, the year in album covers: Nirvana’s Nevermind depicted a baby chasing a dollar bill, while Teenage Fanclub‘s Bandwagonesque presented us with a big bag of loot. Nirvana went on to accrue more money (and more problems), but Teenage Fanclub has been consistently hitting the jackpot for the last two decades. The Glasgow, Scotland, quartet has become more mellow and golden since the guitar-squealing days of “Star Sign” and “The Concept,” refining the art of mid-tempo jangle pop with the melodic grace of the Beach Boys, Byrds and Big Star. Tenth album Shadows is due June 8 on Merge, and it’s the group’s first album in five years. If the chiming, seductive “Baby Lee” is any indication, it’s time to get back on board with the standard-bearers of U.K. power pop.