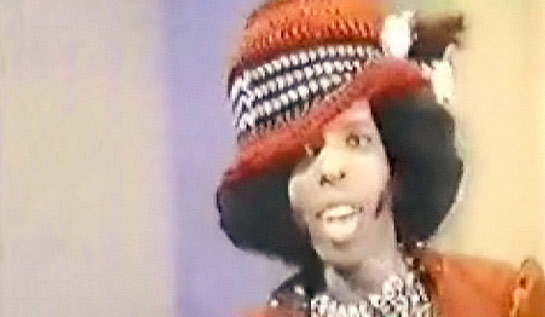 Falkner: Sylvester Stewart (a.k.a. Sly Stone) made several appearances on one of my favorite before-my-time TV programs, The Dick Cavett Show. These interviews are so riveting and hilarious and should be required viewing for all of humanity. It’s easy for some to get lost in the obvious buzz Sly is flying on (make mine a double, sir), but his stories and demeanor display a brilliant man with a message of peace and unity. And his band’s live performances TNT blast everything in their path. Unreal.