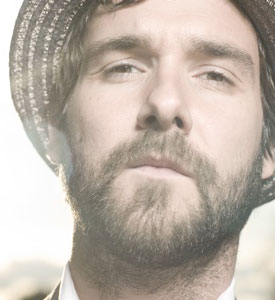 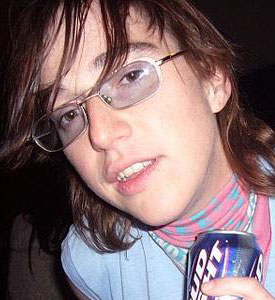 Stacy: This song by William Elliott Whitmore and Jenny Hoyston is from the Hallways Of Always EP, originally released in 2006, now available as an extended, limited edition, vinyl-only version on Long Play Records, retitled Hallways Of Always: Magical Mind. This is a tough one to write about without slipping into hackneyed gushing of admiration, but it has at its centre a dark, primal yearning and hunger that speaks in the lost voices of a pair of hearts twisted by the loneliness of life in the bitter, unbearable ghostland they have made for themselves. Or maybe it’s just those interminable Iowa winters. Whatever, it’s utterly beautiful and compelling. I’m sure most of you are aware of him and his work, so I’m not going to preach to the converted, though I will say I count William as a brother. I have never known him to be anything but a genuinely warm, honourable and impeccably courteous man. A rare combination in these days of lies and betrayal. His most recent album, Animals In The Dark, is something of a step in what some might call a more overtly political direction—though I would say the very flesh and bones of his music has always been deeply political—yet it still has the dark, reeking abundance of that rich Iowa dirt. His next album, Field Songs, is due out in the summer and will be his strongest, most visceral yet. Of that I’m sure. He has started to realise just how good he is and has far too level a head on his shoulders to allow that to get in the way.

I’ve never met Jenny Hoyston, but I’ve loved her punk/noise/feminist revolutionary slice of garage bliss Erase Errata since I first heard them at about the same time that “Feast Of” was being recorded. They’re one of those bands that sometimes make you wonder why other people even bother: ferociously energetic, barbed with uncompromising energy and idealism, fuelled by an insanely locked-in rhythm section and fronted by a woman who seems she would defend any barricade in any people’s uprising singlehandedly. Not that she’d ever be likely to need to do so. Anyone who can turn a song about the virtues of cycling into a call to arms worthy of Trotsky is never likely to find herself short of a few thousand volunteers when the push finally turns into the shove. This song is, as is usually the way with these things, the sum of its parts and then something else besides. Part of that something else is the keening sadness and strangely defiant fatalism of Hoyston’s extraordinary vocal performance. Acceptance borne out of despair and of the swift, sudden passing of time, the theft of youth and promise made tolerable only by the final, unregarded sanctuary that is hope.