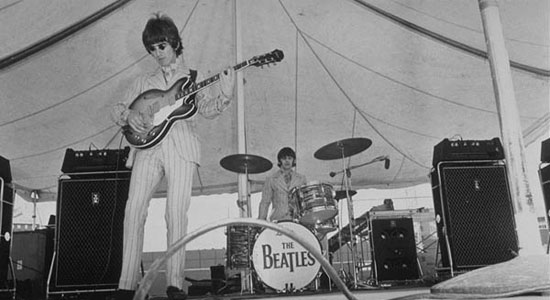 Fleming: Vox had a fantastic run and was the amp of choice for everyone from the Beatles to the Velvet Underground. I played through a Vox Viscount for many years and loved the sound and look. They branched out into super-cool guitars and effects and had a lot of luck with the Vox Wah-Wah, which was promoted in an amazing radio ad by the Electric Prunes. The wah-wah was the trademark song on songs like “White Room,” “25 Or 6 To 4” and hundreds more, but it was Jimi Hendrix who did it best, especially on “Voodoo Child.” The Vox Tonebender was a mainstay to the Led Zepplein sound. By the late ’60s, the company started making crazy instruments like the Vox V251 Guitar Organ and a wild double turntable device called the Discotape Unit. They were just too ahead of their time with a lot of the equipment that they started to create and sell, and when Marshall took over the big amp sales in the late ’60s, Vox folded.

One reply on “From The Desk Of Don Fleming: Vox (It’s What’s Happening)”