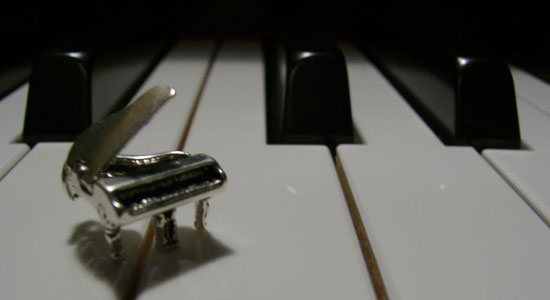 Stamey: OK, I would roll my eyes, too: With all the great music out there, why recommend an app? But this is the first era in centuries, at least in the West, where being a musician does not include some degree of musical literacy. Over just a few generations, the ability to read standard notation has slipped almost off the radar in popular music, and no one seems to have even noticed. When we have to rely completely on memory to play music, the music will get simpler and simpler. In fact, case in point, the radio hits of today often have four bars that recycle endlessly with slight variations in melody and lyrics over the top. Basic apps are trying to redress the situation. I don’t read nearly as fluently as I’d like to, but I do enjoy trying to improve my “dictation skills” with Piano Tutor, a very simple app that shows you a written note and asks you to play it quickly. It’s a one-trick pony that really helps you jump the five-line fence. Equally effective is PianoPitch (formerly integrated into Piano Tutor, it now seems to be a standalone), which plays a pitch and asks you to find it on the piano—great for ear-training. With both, you can select the level of difficulty—range, key-based or fully chromatic, mode, clef—and increase it as your skills sharpen. Way better than just reposting to Tumblr one more time.