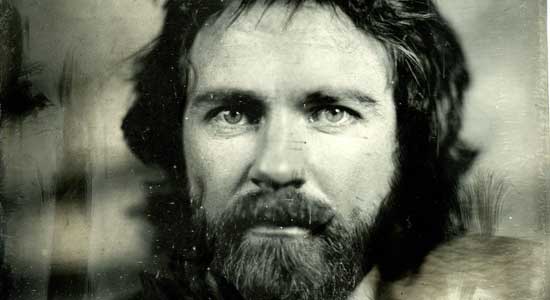 Liam Finn could rightly be identified as a world citizen. The New Zealand native was a globetrotting toddler, accompanying father Neil Finn on Crowded House tours, repeating the experience as a young adult with his own band, the renowned Betchadupa. To record FOMO, the sophomore follow-up to 2007 solo debut I’ll Be Lightning, Finn relocated to London, but moved to New York City three years ago after touring FOMO.

“We found ourselves in New York, which is somewhere I’ve always dreamed of living,” says Finn, on a working holiday back home in New Zealand. “It’s really inspiring. Every time you leave the house, you feel like you’re in a movie, and it adds an element of surreality to your day, which I find is great for creativity. If anything, it kicks you up your ass to be better at what you do to be able to stand out.”

If Finn’s third solo set, The Nihilist (Yep Roc), is any indication, consider his ass creatively kicked. The title track’s diary of debauched decadence is set to a soundtrack of Split Enz-ian art-rock chaos and Crowded House pop melodicism (a family birthright, after all), filtered through the loopy electronics that have progressively defined Finn’s solo explorations. Conversely, the album’s first single, the subversively titled “Snug As Fuck,” is a slice of Beatlesque pop polished to a contemporary Broken Bells shimmer. The Nihilist runs the gamut of Finn’s genetic and experiential influences, and reflects the reality behind his New York fantasy.

Finn was luckless in securing a rehearsal/studio space when a real estate agent connected him with a group of guys who had rehabbed a warehouse for their own studio and had an underutilized room to rent. Finn converted it into a studio/performance space where he has established a weekly residency, dubbed Murmurations. The space proved divinely inspirational.

“It was almost too good to be true,” says Finn. “It had the big windows that I’d dreamt of. It ticked all the boxes. That’s where I wrote and recorded the majority of the record.”

Starting with a personal goal of spending more time on songwriting before hitting the studio, Finn was captivated by the Manhattan skyline visible through his big windows. That view steered him in previously unexplored directions.

“I worked a lot of nights, and I was looking out these windows at Manhattan, and I got obsessed with this concept of it being this vibrating, bubbling dimension of endless possibilities,” says Finn. “Every time you make a decision, it’s a combination of your consciousness and your subconscious that makes it. I guess I explored the idea of the amount of different realities you could be living on the inside, and maybe it’s like this Manhattan-like world. I could let my mind go into some dark places and then be like, ‘Well, that’s probably happening somewhere in Manhattan.’ So, it’s just living vicariously through the subconscious.”

The Nihilist also represents the sum total of Finn’s studio education. On I’ll Be Lightning, he worked solely in the analog realm and largely alone, while FOMO found him embracing the possibilities inherent in the digital realm. Finn discovered a way to execute The Nihilist as an analog/digital mash-up.

“It was definitely a combination of analog and digital that made this record,” says Finn. “I needed to realize that I wasn’t bad at Pro Tools, and it is just a tool, and it can be used as complicated or as simply as you want to use it. Now I’ve become sort of a nerdy sound scientist.”

In addition, Finn combined a live-in-studio performance vibe with a more thoughtfully produced approach, positioning The Nihilist at the intersection of demo primitivism and studio sophistication.

“I don’t normally like to demo because I get too attached,” he says. “So, this time I forced myself to demo, taught them to the band and tracked eight of the 12 songs fully live as the band. But immediately, I missed the spontaneity and uniqueness of the sounds. In the studio, you can quite often sacrifice the originality because engineers—as much as I love them and as much as they are all-knowing—there is something lost in that expertise. I ended up with songs that sounded almost finished, but they didn’t sound like what I was picturing in my head. Then came the agonizing next six months of using the live tracks and keeping the energy of the performance, but turning it into something I was imagining. It was hard, but incredibly exciting and vindicating once I reached those goals.”