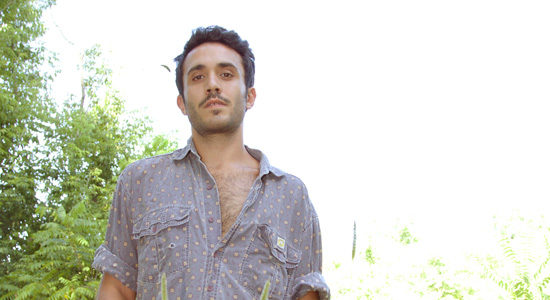 The fleeting nature of relationships on the road informs Adir L.C.’s polished pop

After leaving his folk band, Fairweather Friends, Adir L.C. (born Adirel Lavi Cohen) was ready for a change. He settled down in Tel Aviv, Israel, with producer Tom Elbaz, intent on making a more expansive pop album. The result is Oceanside Cities, a record that complements L.C.’s mellow vocals with lush orchestral arrangements.

“This album is more refined than These Years On The Boat, the record I made with Fairweather Friends,” says L.C. “That was a relatively lo-fi , rough, slightly out-of-tune, moderately o -time, raw album. I don’t think one is necessarily better than the other. I certainly connect to a more lo-fi sound, however, after years of home recording, I had this intense desire to create something super polished that I could share on multiple fronts. I remember a couple of radio stations/bookers asking if I had cleaner, ‘more produced’ versions of certain songs from These Years. A part of me didn’t want to be put in that position again. Maybe the next album will be a perfect balance between the two.”

While the music on Oceanside Cities is marked by a multi-layered pop sensibility, L.C.’s singing retains its warm, conversational style. His phrasing is always a bit before or after the beat, lending the songs an air of controlled melancholy.

“I think it’s important to have your own unique voice,” he says. “I try to be as natural as possible when singing, because it’s the main portal to connecting with the audience. The desire for romance is always fi ghting the desire to be independent; all that mixed up with the fear of being alone. Being on the road puts you in a situation where you are constantly building new relationships and having a large portion of them disappear once you move on. I wrote a lot of these songs from that place.”