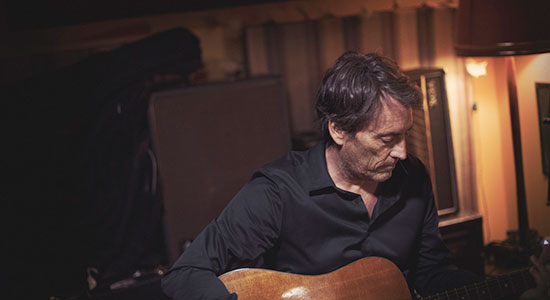 Last month, we featured Fallon Cush’s new song “Useless Friend,” but we simply can’t have you forgetting about Steve Smith’s stellar songwriting project. Below is a special mix tape, put together by Smith to show off some of the songs that influenced his new album, Bee In Your Bonnet, which comes out on May 20. Check it out below, and don’t forget to add “Useless Friend” to your own mix tapes.

Dawes “Time Spent In Los Angeles”
Our drummer Josh Schuberth put me onto these guys while we were recording. Often when someone recommends a band to you, they turn out to be a bit of a disappointment. But I really liked these guys from the first song I listened to, which was this one. They played Sydney last year shortly after they’d parted ways with keyboard player Tay Strathairn. They were excellent, and (taking nothing away from new guitarist Duane Betts, who plays great and has awesome tone), I would’ve loved to have heard the band with Strathairn in it. Still, they were great in a relatively small room. Video

The Decemberists “Make You Better”
Off What A Terrible World … What A Beautiful World. I bought a vinyl copy of this album last year and was shocked by the amount of stuff that came with it. I mean, I really like the record but is that what people buy albums for these days, packaging and stuff? I don’t really get it, maybe it’s a “collector’s item” or something, but I always thought it was the music people were interested in buying. But, presumably the market is demanding more. Regardless, the album’s very good and this clip’s “butter” than most. This album and Dawes latest, All Your Favorite Bands, were both mastered by Stephen Marcussen, who also did ours. Video

Dan Parsons “It’s Not Like I Need Somebody’s Help”
An Australian and, I believe, one of those clever dudes who can play just about everything. He released a great album called Valleywood toward the end of last year. His bio namechecks Neil Young, James Taylor and Jackson Browne amongst others. Names that conjure up a certain time and feel. This track, my favourite from the album, and the clip capture that vibe perfectly. Check him out. Video

Wilco “Muzzle Of Bees”
I read some guy saying recently that Jeff Tweedy only wrote good songs, not great ones. Like writing a good song’s some sort of failure. Having seen Tweedy do a number of songs solo last week, I’d say whoever that writer was, they’re way wide of the mark. You can’t hold an audience’s attention like that for that length of time unless your songs are first rate. Once Nels Cline joined Wilco, his playing quite understandably became a feature. But, before that, Jeff Tweedy’s guitar was already heading in what might be considered Cline’s direction. I rediscovered the A Ghost Is Born album having got it on vinyl last year. This track illustrates where they were heading before Cline came on board and maybe why he ended up being such a good fit. I played this track over and over when the record was originally released and still can’t get enough of it. Video

George Harrison “All Things Must Pass”
George gets mentioned a lot when people try to describe our sound, as does Bob Dylan. So, I thought we’d go with George singing a Bob song, “If Not For You” off All Things Must Pass, but the title track leaves “If Not For You” for dead. Like so many great records made in the early’ 70s, All Things Must Pass was a bit of a transatlantic collaboration, recorded in the U.K. with with people from both sides of the Atlantic playing key roles. Several of the same names appearing on All Things Must Pass played on lots of iconic recordings from the time, including Carly Simon’s “You’re So Vain,” which has to be the gold standard as far as acoustic rock/pop is concerned. Jim Gordon, what a drummer. Video

My Morning Jacket “Big Decisions”
I’ve really listened to this track a lot since it was released last year, and I still can’t quite get a grip on it. I don’t know why, but I feel like there’s something “tricky” going on. It’s conventional and unconventional at the same time. It doesn’t really sound like anything else, but it does, and the arrangement feels kind of weird but probably isn’t. Who cares, it’s damn addictive. Definite traces of George here. Video

Beck “Heart Is A Drum”
Beck’s Morning Phase is a complete album rather than just a collection of songs and hangs together so well as a result. Maybe that’s why it won that Grammy for album of the year. It sounds great to my ears and especially on vinyl. From the first bar, the record seems to create its own atmosphere and has some really beautiful music on it. There’s not really a stand-out track for me; it’s all good, but this one has a clip to go with it. Video