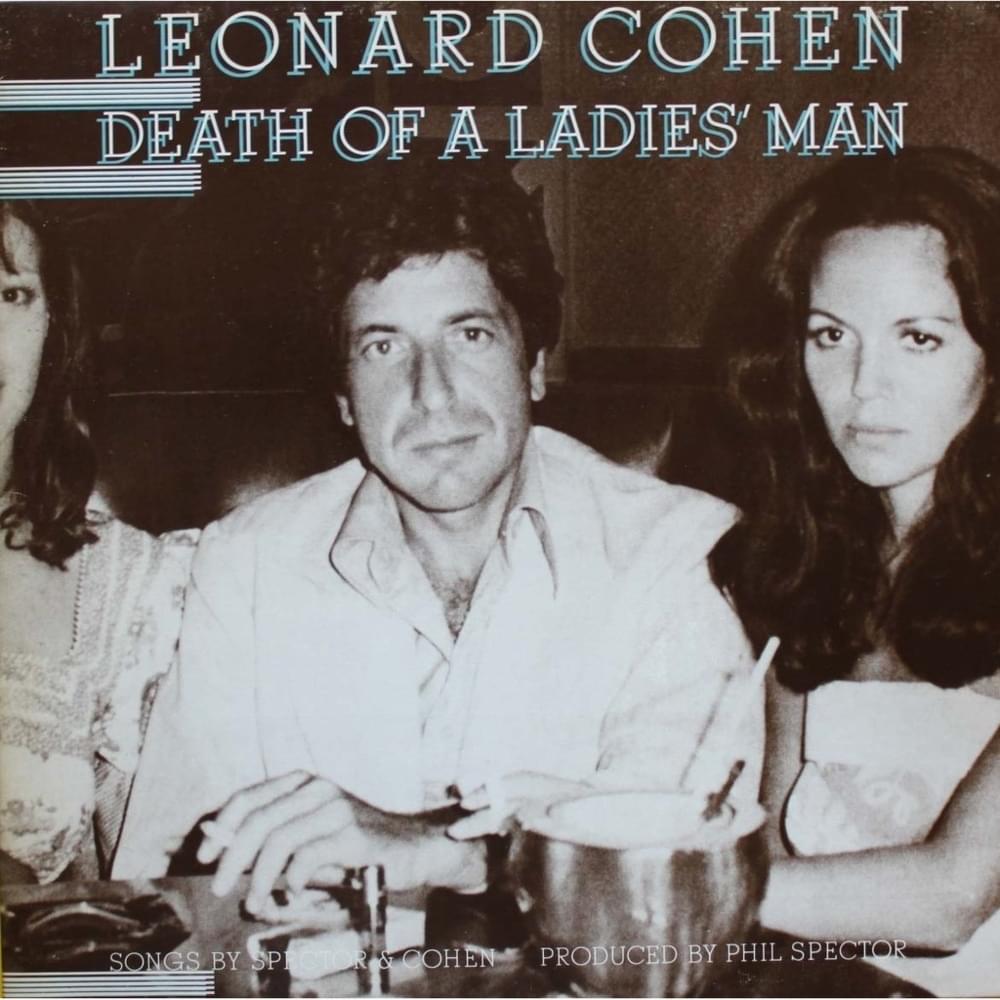 Love: I remember buying this LP in D’Vinyls in Cardiff in about 1998. I think I only got it because it was 50p and I’d heard of but not heard Leonard Cohen. (We didn’t get the Internet in Wales until 2011.) For years, it was stuck on my shelf unheard until one day, in a fit of boredom (or looking for records to chuck out/give away), I played it. And I laughed a lot.

Reading about it now, it sounds like a nightmare to record with Phil Spector throwing his hair about. I stole this quote from Wikipedia, who stole it from a book: “Spector pointed a loaded pistol at Cohen’s throat, cocked it, and said, ‘I love you, Leonard.’ Quietly, Cohen responded, ‘I hope you love me, Phil.'”

It’s the only LP of Cohen’s that I can listen to all the way through. It keeps you engaged with the arrangements and the humour scattered among the broken-hearted/hungover sentiments. “Memories” and its tale of adolescent frustration with Spector’s wall of everything always brings a chuckle to my face.

I DJ in a bar in North London every month, and more often than not I’ll play “Don’t Go Home With Your Hard-On” late on in the night for those poor souls who might have to despite their best efforts.

If I had a time machine, I’d travel back and do in the man who showed Leonard Cohen his first synthesizer.