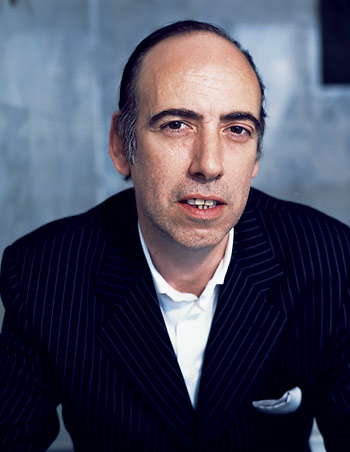 What do you think when you see a young musician like Pete Doherty fucking up his life in the name of rock ’n’ roll?
Well, you can’t tell anybody anything. People have got so many pointers on pop culture now that they rush to judgment. So many people go, “Oh, he’s just like Sid Vicious,” but it’s not really like that. Things are going so much faster now, as you’ve seen with (Doherty’s old band) the Libertines. They’ve gone the whole story—from start to over—in a matter of only two albums.

Which, of course, you produced.
Luckily enough. It’s my great pleasure to work with those guys. They’re very talented, very charming and great fun to be with.

But seriously: Doherty’s drug-addled, destructive behavior? That isn’t punk. Not even close.
It’s funny you should say that, because Joe (Strummer) had been famously quoted about that. When he was asked to define punk, he said, “To me, a punk is a person with exemplary manners.” I kinda agree with that. It boils down to trying to be a good person in the end, believe it or not. It’s not spitting in someone’s eye.

Have people simply lost touch with the punk concept or ideal over the years?
There were two strains. There was a nihilistic strain and a positive strain: those who wanted to destroy and those who wanted to create. It was like two sides of the same coin.

But punk, for most British bands in the late ’70s, also meant “political.” Unlike a lot of U.S. outfits, the Clash were indeed angry young men.
True. But we weren’t as angry about anything else as what was affecting us. It was like politics with a small “p.” We never relied on any kind of party line in any way or anything like that. We just wanted to play some tunes and have a bit of a laugh, to tell you the truth. To be decent and treat people decently, in a way that you would hope to be treated yourself. Which I personally learned from following bands around when I was younger; Mott The Hoople, especially. They were particularly kind and welcoming, once they got to know you. I was really young when I used to follow them around, and I was in the dressing room of the Royal Albert Hall when they played there: a thing you wouldn’t imagine being possible but through their good grace. So I see it as all being part of a big line of music being handed down from people I really liked and admired who influenced me. Then I had my chance to do my bit, and it carried on. So we were always decent people; we always treated our fans nicely. They were very important. It wasn’t like the bands who came before us. We were much closer to our audience, I think. We didn’t leave them as we found them. We left them hopefully inspired. Inspired to do something themselves, maybe.

Every time I bumped into you or Joe in San Francisco, you were always hanging out with a local guy named Rudy.
Rudy Fernandez! San Francisco was the first place that we went to in America. Joe and I went there first when we were recording (1978’s) Give ’Em Enough Rope, then we met up with the other [members of the Clash] a few weeks later in New York. On our first trip to America, we didn’t actually play; we just came to record. But the great thing about that was, when we were going around to these places, we met the first people who were starting the punk scene in each of those cities. In San Francisco, it was the Avengers, the Dils and the Dead Kennedys. We were also lucky, because we were in the Chinatown Holiday Inn; it was right near (punk club) Mabuhay Gardens, so we went straight on in there. The first time we were in San Francisco, it was the very tail end of the Fillmore. We saw Country Joe And The Fish and just imagined what it must’ve been like a few years before. At the start, there weren’t that many people who were into punk; it was growing by word of mouth. As I said, we hadn’t played; we didn’t have a record out, because our first album (1979’s The Clash, which was released in the U.K. two years earlier) didn’t come out in America until after Give ’Em Enough Rope, and that was with changes. They took six of the original tracks off and substituted them with singles for the American release because they didn’t really know what to do with it when they first heard it.

Looking back on everything, what are you most proud of with the Clash?
Well, I think we did a fairly good job. I would’ve liked to have done more, if the occasion had arisen. But it never did. We gradually just got bigger and bigger, I guess, until we burst. Maybe that’s all right. We came, did our bit, and it all carries on.

Did you know when you were making (1979’s) London Calling that you were crafting one of rock’s greatest masterpieces?
No, not really. Almost the minute we finished it, we had a playback in the studio with four speakers, a sort of semi-surround sound. We heard it, but it wasn’t mixed then, and we went straight away to America. We used to go to America all the time and play continually, every place. Meanwhile, they mixed it, then came over to New York and played it, and it was great to hear it. But we never really thought like that. Although we had ambition and drive and wanted to go places, we didn’t realize that that was gonna turn out to be a big part of our undoing, as well. The more success we got, the more things seemed to get difficult for us, the more strain we were under. So there were all these contradictions.

But the punk spirit never really leaves you.
Well, I think I’m a little bit more jaded now than I was at 17. I’ve gone downhill somewhat; things definitely change. I look in the mirror, and I can’t believe it’s me sometimes. I’ve become my dad, and it’s scary.

But you’re still the edgy iconoclast. Your new band Carbon/Silicon isn’t playing the industry game. You’re releasing everything online and encouraging file-sharing.
Yeah. The great thing about what we’re doing is that the minute you finish your track, you can put it out. You can upload it; everybody can hear what you’re doing right now, with no six-week wait or whatever. Tony (James) is really big on it. He thinks it’s the future, and in a way, I agree with him. “M.P.Free” was our first single, and that’s also the name of our label. I think file-sharing is great. Just like I used to collect bootlegs of the bands I liked and also Clash bootlegs when they came along. There were many, and I don’t think they did anything but enhance our reputation. They did us no harm at all. People who think they should be suing their best customers need to rethink that.

But how, exactly, do you plan on getting paid?
Well, we haven’t completely worked this out yet. But we’re hoping to have a regular release in the future. And we’re gonna come and play. Maybe we’ll make some money by playing live dates, or maybe it’ll come in another way. We’ve gotta eat, you know. We have three albums, and they’re all available on the Internet.

What’s the one bit of Clash wisdom you’d like to impart to younger bands?
Well, we were almost the same as our audience, and there wasn’t that big barrier that was there with the groups that came before us. One of our most important things was VFM: value for money. We always thought that it was really important, and we did it in our record prices and our ticket prices. It really gave people their money’s worth.

One reply on “Q&A With Mick Jones”