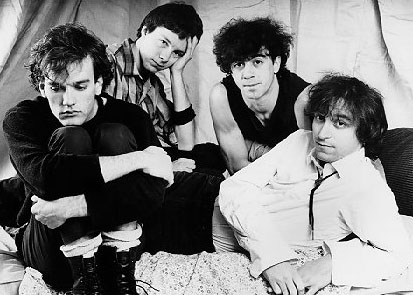 Forget for a minute what you think of what R.E.M. has turned into. When the Athens, Ga., quartet issued its debut album in April 1983, it turned out to be one of those moments that end up defining an era. Murmur pretty much single-handedly started the “college rock” genre, which morphed into “alternative rock” and “indie rock” and “modern rock” and then into whatever people choose to call it these days. It remains one of those albums that sounds nothing like anything that came before or after it, simultaneously retro and ahead of its time. It proved that four regular dudes could work hard and tour their asses off and end up succeeding far beyond their loftiest expectations. Murmur is one of those records that changed not only the music industry, but also people’s lives. (Feel free to add your own cliches here.) So with every average-to-decent record of the rock ‘n’ roll era now being treated to the “deluxe reissue” treatment, it’s nice to see one of the great ones finally getting its due. Murmur is reissued today with remastered sound and a bonus disc of a great live show recorded in Toronto three months after the LP was released. Even if you don’t go out and buy it, maybe go home and put your warped vinyl or cassette copy on the stereo and remember the good old days.

If you’re looking for even more excitement, you can read the interview MAGNET did with guitarist Peter Buck last year; for some reason, he hung up on us when we mentioned his penchant for getting shit-faced while flying commercial.