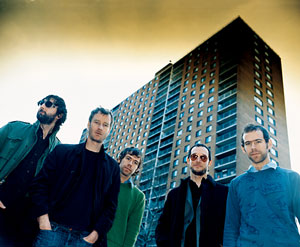 On February 17, 4AD will release Dark Was The Night, a compilation that will benefit the Red Hot Organization, which raises money and awareness to fight HIV/AIDS. The 32-track CD was produced by Aaron and Bryce Dessner of the National and features some of the best indie-rock outifts on the planet (or, at least, North America mostly), including Yo La Tengo, My Morning Jacket, the New Pornographers, Arcade Fire, the Decemberists, Cat Power, Iron & Wine and Spoon. Dark Was The Night—not to be confused with the Batman movie from earlier this year—will be available as a double cd/triple vinyl/download. It’s the 20th Red Hot release; previous volumes have included 1993’s No Alternative, 1995’s Red Hot + Bothered and 2000’s Red Hot + Indigo. The complete lineup of Dark Was The Night is after the jump.