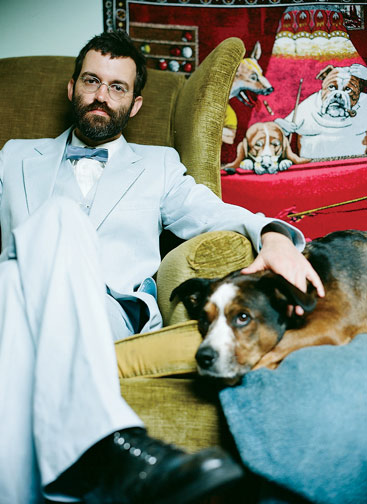 While eels didn’t release a proper record in 2008, the year was chock full of activity for the always engaging Mark Oliver Everett. (He likes to be called “E,” but we’ll stick with “Mark,” since “E” makes us think of that guy on Entourage.) He published a book. He released a greatest-hits CD (Meet The Eels: Essential Eels Vol. 1 1996-2006), a rarities CD (Useless Trinkets: B-Sides, Soundtracks, Rarities And Unreleased 1996-2006), a live CD (Live And In Person! London 2006) and a boxed set (a deluxe edition of Blinking Lights And Other Revelations). He was joined onstage by Pete Townshend in January, then returned the favor in November. He wrote a play with Pulitzer Prize winner James Lapine (Mrs. Miller Does Her Thing). He and his family were the subject of a moving, thought-provoking, award-winning documentary (Parallel Worlds, Parallel Lives). And he closed out the year by being all over the soundtrack for the Jim Carrey movie Yes Man. (OK, so you can’t win them all.) So, here’s to you, E, er, Mark, on a year well spent.

MAGNET checked in with Everett a year ago. But instead of telling us about all his plans for 2008, he seemed more concerned about a rumor that he once stuck a gerbil in his ass. Read about it here.