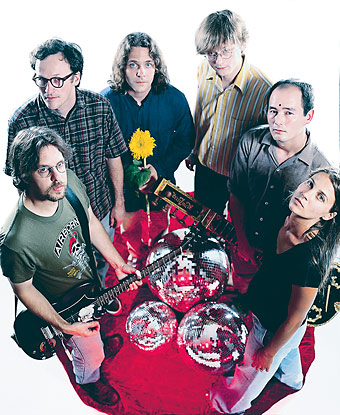 When he arrived in Philadelphia in 1984, Ohio native Tom “TJ” Lax never expected to start a record label. Siltbreeze began as a zine, and from 1987 to 1992, Lax published eight issues of the digest-sized rag that was as much known for its ’70s-era photos of naked black women as it was for reviews of obscure punk, psych and noise bands such as feedtime, Extreme Hate, V-3 and the Hickoids. When Lax wanted to include a seven-inch with copies of Siltbreeze, Tom Hazelmyer (of Minneapolis band Halo Of Flies and noise label Amphetamine Reptile) offered up some songs that became SB-1.

“Melted Pat” from Guided By Voices’ 1994 Get Out Of My Stations EP:

“It sold well and I figured that was that,” says Lax. “But I’d been in communication with Bruce Russell from the Dead C and was trying to find them a U.S. label to no avail. Then I suddenly realized I could do it myself.”

Siltbreeze’s aesthetic was all over the stylistic and geographical map, from the cracked country of Ohio’s Gibson Bros. to the overloaded Philly skronk of Blue. The label’s biggest finds, however, were avant-garde New Zealand artists such as Alastair Galbraith and the Dead C.

“New Zealand was churning out all sorts of strange and personal folk and noise music that no one was paying attention to in the early ’90s,” says Jay Hinman, editor of music zine Superdope. “Siltbreeze got the Dead C stuff out in America first, and over the next few years, people really started taking notice.”

As the label began to take off, Lax recruited Mac Sutherland to help run the ship. “He came aboard in late 1991 as I was preparing to leave for New Zealand for six weeks,” says Lax. “The label was still nascent, the Strapping Fieldhands’ debut seven-inch (Demiurge) and Dead C’s Harsh 70’s Reality were just out. This was before email and whatnot, and the world could still seem pretty large, especially from the great distance between Dunedin and Philadelphia.”

“The ironic thing in all of this was starting the record label wasn’t intentional,” says Lax. “It just happened. Now that it’s back on, it’s off to a great start. We’ll see how long it lasts.”