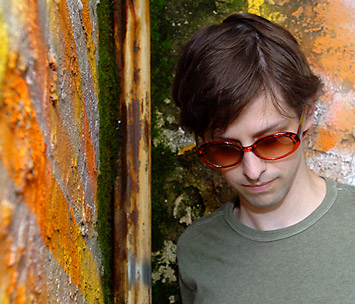 When Brian McTear recounts the favorite projects of his decade-plus recording career, the Philly-based producer is evenly split between the well-known (Matt Pond PA, A-Sides) and the lesser-known (Lucys, Bigger Lovers). But they’re favorites for a reason.

“Sincerely, The Last Century” from Bitter Bitter Weeks’ Peace Is Burning Like A River:

McTear grew up in Philly’s adjacent Chester County, attending West Chester University alongside future members of Mazarin, the Azusa Plane and the Bigger Lovers. It was there he founded Miner Street Recordings, named after his address at the time. The studio later moved to the Manayunk section of Philly and merged with the likeminded Cycle Sound, a marriage that yielded nationally known albums by the Capitol Years, Burning Brides and Espers.

He and partner Amy Morrissey have since relocated to the city’s burgeoning Fishtown neighborhood. McTear credits Morrissey’s work ethic and artful placement of microphones for the studio’s redoubled efficiency since she began working there full-time in 2003. Besides working and living together, McTear and Morrissey play in each other’s bands: his Bitter Bitter Weeks and her Novenas. The latter released a self-titled debut in 2007; the former has three albums to its name.

“When I first moved to Philadelphia, people [weren’t] concerned with making music for any other reason than being big in Philly,” says McTear. “When I was in Mazarin, we played England. No one I knew had done that. Then that second wave hit, with Dr. Dog and Man Man and Spinto Band, and that’s where it is now. It’s really grown up.”

One reply on “15 In Philly: Brian McTear”

[…] also a great aricle on Brian McTear of Bitter Bitter Weeks and his work at Miner Street Recordings. […]