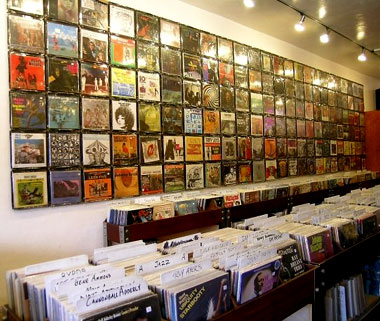 We’re not here to bemoan the dismal state of the music industry or music retail—though there is plenty to bemoan about. We thought it worth mentioning that Milwaukee’s Atomic Records is closing its doors next month. MAGNET never had much business in Milwaukee, so we never had occasion to visit the independently owned store; we asked local son Dan Didier (formerly of the Promise Ring and currently of Maritime) to write a few words in remembrance of Atomic.

Didier: There was a time in the mid- to late ’90s when Atomic was, for me, ground zero for the Milwaukee independent music scene. From former employees Josh Modell and James Minor’s MILK magazine—which documented a lot of what was going on with local and national bands—to the myriad of in-store performances, Atomic has always been the common factor for many Milwaukee musicians. I used to live a block away, and when I would need to drop off CD-Rs of rough mixes or records to my band members I would just leave the items at Atomic for them to pick up instead of dropping them off at their houses. It was always the easiest way, because everyone was always stopping by. Mostly to say hello, but also pick up the latest releases and to browse the used section. That was the type of place it was. It was truly a part of what was going on. That was a fun era of my life, and to know that for 24 years this store has been that type of place for countless Milwaukee musicians and music fans, it is sad that soon we will no longer have that.

One reply on “Requiem For Atomic Records”

I grew up on Milwaukee’s East Side and hitting up Atomic was what we did. It’s like we didn’t have a choice. I can’t believe it’ll be gone.

If you want a little context, check out a piece my radio station (radiomilwaukee.org) produced from audio collected at their farewell party:
http://unifiedmilwaukee2.wordpress.com/2009/02/19/be-heard-atomic-records-closing/