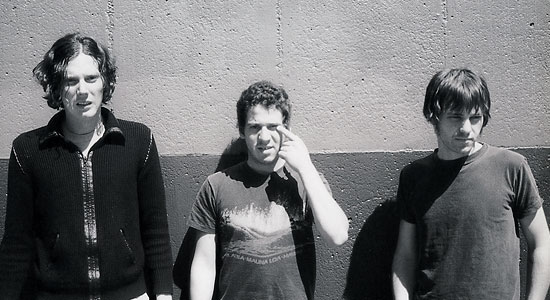 :: DUSTER
Stratosphere // Up, 1998
There was no shortage of psychedelic listening options for the late-’90s space cadet; you simply had to navigate the substrata of drone-friendly bands such as Spiritualized, Flying Saucer Attack and Bardo Pond. San Jose, Calif.’s Duster flew closer to Earth, offering more structured guitar-rock compositions and the kind of muffled-yet-melodic vocals that hadn’t been heard since the (original) shoegaze era. For debut album Stratosphere, the songwriting duo of Clay Parton and Dove Amber recruited drummer Jason Albertini (an original member of Queens Of The Stone Age) and created a sound akin to Yo La Tengo playing beneath a heavy winter blanket. For an exploration of the pop side of the space-rock moon, Stratosphere is one place to start.