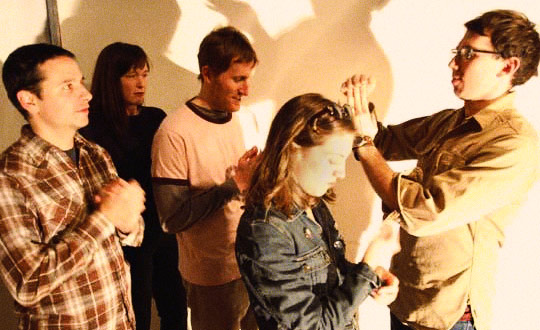 :: WALKER KONG
There Goes The Sun // Magic Marker, 2001
It’d be a convenient lie to say that Walker Kong’s vintage pop was drowned out by the roaring rock breakthroughs of 2001 (the White Stripes, the Strokes, et al). Fact is, records like this are released with quiet confidence every year. What made the Minneapolis quintet’s proper debut so momentous, then, was the way it infused orchestral pop with an undeniable groove—something Belle And Sebastian didn’t discover until recently. An art-school conglomerate led by singer/songwriter Jeremy Ackerman, Walker Kong combines Beulah’s sunny trumpet reveries with the Go-Betweens’ jangly genius.

Catching Up: After a slowdown due to Ackerman and his wife, bassist/vocalist Alexandra, starting a family, Walker Kong returned in 2007 with third album Deliver Us From People.