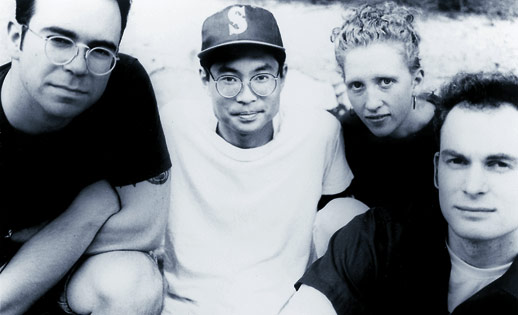 :: SEAM
The Problem With Me // Touch And Go, 1993
The delicate, perfect spheres on its cover nicely paralleled the delicate, perfectly crafted songs on Seam’s second album. Monumentally sad yet overwhelmingly triumphant, The Problem With Me was birthed in the short shadow of singer/guitarist Sooyoung Park’s old band (Bitch Magnet) and a semi-famous ex-drummer (Superchunk’s Mac McCaughan), but its indie-rock blueprint—would Death Cab For Cutie’s most resonant moments exist without it?—proved far more important than past associations. Nine blissfully hypnotic songs circled Park’s sadness and anger, building up tension and releasing it in a crash of restrained guitars and half-shouted vocals.

Catching Up: With Park as its only constant, different lineups recorded a pair of follow-ups before Seam petered out in the late ’90s. (A few reunion shows leaned heavily on Problem’s best moments.) Park plays guitar in Ee, though he’s not the band’s songwriter.