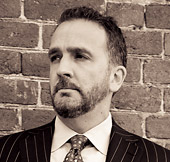 Drama City / The Turnaround
Why are these two George Pelecanos books saved for last? 2005’s Drama City and 2008’s The Turnaround don’t dance with my obsessive-compulsive tendency to stuff artistic endeavors in categories based on common denominators. They are by no means weak contenders or conspicuous oddballs. Kindred spirits with The Night Gardener (a book that I happen to be a little more enamored with), these are departures from the crime-fiction norm in much the same way: Drama City (the title slang for Washington, D.C.) and The Turnaround contain crime without abiding by the A-to-B mystery-solving journey.

The great yardstick of “going straight” crime fiction is Eddie Bunker’s 1976 novel No Beast So Fierce (adapted to the screen two years later as the Dustin Hoffman vehicle Straight Time). Drama City is a worthy companion piece, with much more going on. For one, don’t expect a dire circumstantial spiral to derail the protagonist (ex-con Lorenzo Brown). There are challenges and the distinct risk of lapsing, though Brown, a Humane Society animal cop, faces danger from outside forces stronger than any internal conflict. The book deals with urban dog fighting, a festering cultural sore so powerfully loathsome that, if dwelled upon, can siphon any hope for basic human decency. The book’s co-star is Brown’s probation officer, a walking tragedy and one of Pelecanos’ better character studies.

Pelecanos has said that writing a book per year has caused confusion and conflict as to where he’s headed next. 2007 was the first year since 1999 that didn’t have a new Pelecanos title. Who does he think he is? Charles Portis? Pynchon? Fred Exley? Get it together, George! What’s next? Wandering your vast estate in a tattered bathrobe, using your millions to buy up every Mustang II in existence so the roads will no longer be tainted with their presence? Just do like James Patterson: Have your wife draw little shreds of paper out of a whirling PowerBall machine four times a year. “Alex Cross + Homeland Security + Rap Music + New Love Interest – Old Friend = Revenge Fantasy w/ Topicality” Nope, don’t like that one, draw another. “Cross + U.F.O. Kooks + Assassination of ‘Ooga Danktrillian’ (our first black president) + The Reverse of Global Warming + Navy Seals – Old Friend = Bigger Advance if Written in Two Months.” That’s more like it!

The Turnaround arrived in 2008 and is based on a real event: a violent—and in one character’s case, fatal—attack that occurred in early ’70s. White teenage race-baiting lights the fuse and things go horribly wrong in this partial period piece. Pelecanos constructs a largely fictional back story and subsequent aftermath around the incident. The Turnaround speaks volumes about life after prison, the war in Iraq, race and gentrification without defaulting to self-righteous preaching, even when three out of those four issues are known Pelecanos pet peeves.

Pelecanos has edited two short fiction collections, to which he also contributed stories: D.C. Noir (2006, part of Akashic’s fantastic Noir series) and The Best American Mystery Stories 2008. Both are good samplings, as is his contribution to 2003’s fantastic Men From Boys, edited by John Harvey. Compared to some contemporaries, Pelecanos has had few short stories published, though there’s no question as to how his fiction is best enjoyed.

This concludes our weeklong look at Pelecanos’ work. His new book, The Way Home, is due May 12.

One reply on “Crime Stories: George Pelecanos’ “Drama City” and “The Turnaround””