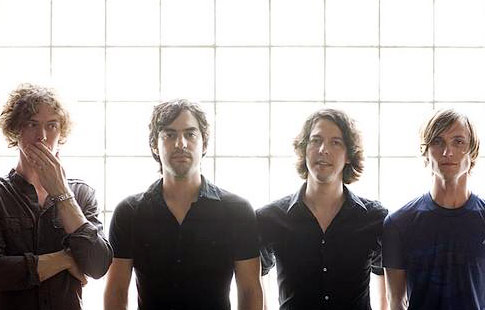 Despite its return to an indie label (Original Signal) after a two-album stint with RCA, New York City’s Longwave continues to record some of the finest mellow and atmospheric alt-rock around. (Read our review of last year’s Secrets Are Sinister.) Currently supporting Bloc Party on its North American tour, the band is releasing a video for infectious Secrets track “No Direction,” as well as a new online-only single. “Sideways Sideways Rain” is backed with Joy Division-esque bass and drum lines and led by the powerful voice of frontman Steve Schiltz, which almost directly mocks a brighter and more hopeful-sounding Paul Banks; the tremolo guitar picking shadows Interpol, too. Generic? You would think so, but after one listen you realize Longwave can pull it off.