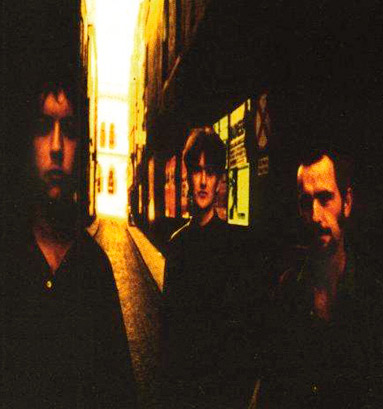 For a band named after a phrase in The Catcher In The Rye and featuring percussion from the younger brother of My Bloody Valentine’s Kevin Shields—in other words, cultural references that might’ve forgiven the Dublin group the usual fortnight at the top of the pops, only to sink forever from view, Rollerskate Skinny’s handiwork has aged remarkably well. Constant press references to MBV forced Jimi Shields’ departure by the time of sophomore LP Horsedrawn Wishes. Like the Flaming Lips and Mercury Rev, the album contained meticulously constructed, extraordinarily druggy to-and-fro (the liner notes credited each band member with “orchestration”), with guitars of every shape and size poking through every available surface, its pacing a testament to a lysergic imagination.

Catching Up: Since splitting in 1997, all the Skinnies have remained in music. Frontman Ken Griffin moved to New York, released 1999’s Dead City Sunbeams as Kid Silver and formed Favourite Sons (with ex-MAGNET intern Matt Werth) in 2004. Guitarist Ger Griffin (no relation to Ken) and bassist Stephen Murray teamed up in Walker; Murray now leads the Radio, while Griffin records as Super Electric. Shields founded the Chicago-based Lotus Crown and, later, the NYC-based Wounded Knees.

This album still sounds brilliant today. These guys were ahead of their time, and they need to reform and play some shows in the U.S.

In the last 12 years I’ve been consistently coming back to Horsedrawn Wishes, always surprised to verify its endurance. It’s a bit overproduced, but that may be the core element of its appeal, it sounds unreal hence timeless. A perfect example of this is Ribbon Fat.

Without question, one of the top five albums ever made…