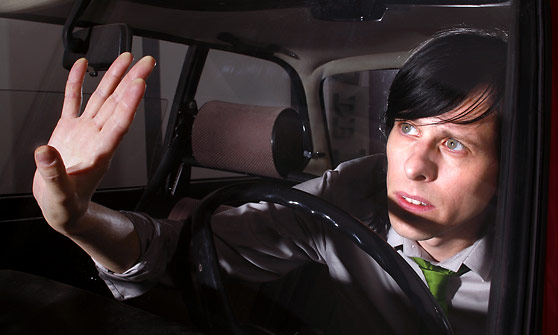 For six years now, I have been living in France; however, one could say my arrival was a fait accompli from both the time when I met my future wife, Dominique, there in 1993 (she worked for Geffen Records and managed to deliver my band, the Posies, a sizable hit record—how could I not love her?) and to a lesser degree from the increasingly Eurocentric nature of my planning. Once you’ve spent time in countries with subsidized music cultures, where Boone’s Farm is not considered a top winery, where people actually consider walking as a transportation option and find that your shows are packed and then discover the summer European festivals (and realize that the U.S., a country with 300 million people, has about as many large music festivals as Finland does), well, suddenly playing Cincinnati to eight people on a Wednesday no longer seems like fighting the good fight. And remember, my flight from the U.S. was undertaken just after we transformed into a land whose brand of statecraft seemed increasingly similar to the style of Genghis Khan. It was time to go.

Visiting a foreign country on tour—where you’re playing the hipster bar, given the key to the city and every bite of food is “the best ice cream/cheese/tomato/pig organ I’ve ever tasted”—is one thing. Living there opens up whole new avenues of slow, creeping, mundane frustration and confusion. And France, of course, is a nation of experts in making sure you feel excluded. France refers to itself as “The Exception.” You know that when entities start referring to themselves in the third person, they’ve lost it, but it’s true that France prides itself on its resistance to change, its cultural and linguistic uniqueness and the fact that it takes six to eight weeks to get a plumber to come look at the exploded pipe that’s pouring 20 gallons a minute on your downstairs neighbor. There are rules for the maintenance of such a culture and a bureaucracy to enforce/expand those rules, but you will never be properly informed on what these rules actually are. (This makes them easy to change on a moment’s notice; I hear that Scientology operates on the same principle.)

I’m still running aground almost daily on one social/bureaucratic reef or other, and I realize that most French people have similar experiences often enough that they comfort themselves almost constantly. Hence, the social acceptance of drinking, smoking and fucking. And eating. And taking (paid) vacations roughly every 20 days. So, as a kind of permanent visitor, I can pick and choose from the menu a bit. Fifty percent tax on wages? No thanks. A slice of (legal) foie gras? Well, why not?

So, for my MAGNET guest-editing stint, I am highlighting the pleasures in music, cinema, food, fashion, literature, design and more in the two places I spend the most time: France (my adopted home) and Norway (where I spend much of my working life, as a member of what is by majority standards a Norwegian band, the DiSCiPLiNES). I am buying carbon offsets for my Norwegian air shuttle flights between Orly and Gardermoen almost weekly, and I’ve played about 60 shows around Norway in the last 18 months or so. I hope you enjoy the short detour through my coups de coeur pour la France et pour la Norvége.

“Yours For The Taking” from the DiSCiPLiNES’ Smoking Kills (download):
https://magnetmagazine.com/audio/YoursForTheTaking.mp3