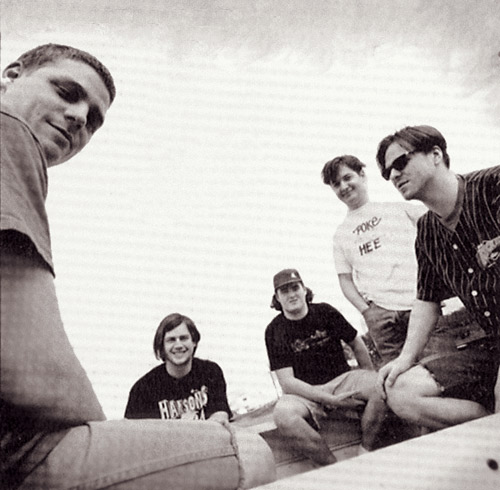 Forming in 1989 as a teenage hardcore band, this Tacoma, Wash., fivesome matured quickly over the span of its first three albums, adding an increasingly melodic pop sensibility to its metal-inspired riffs. Not as polished as 1992’s Weak or 1995 major-label debut Spanaway, Four was nonetheless the catchiest of the three. (If epic anthem “Kid Candy” doesn’t get your fists pumping, no music will.) Frontman Aaron Stauffer was underrated as a lyricist, and his takes on the confusing years between adolescence and adulthood still resonate.

Catching Up: Spanaway sold miserably, and Seaweed was dropped by the Disney-owned Hollywood Records. The band resurfaced in 1999, signed to Merge and issued Actions And Indications, only to break up immediately afterward. The same year, Stauffer and Van Conner (Screaming Trees) released the decidedly less punk New Dawning Time under the Gardener moniker. These days, Stauffer fronts the Blue Dot, an eclectic quartet based in Mendocino, Calif. Guitarist Wade Neal is in To The Waves. Drummer Bob Bulgrien played with Judo For The Blind. Bassist John Atkins fronts the Fucking Eagles. Guitarist Clint Werner plays bass in Kittitas. About once a year, Stauffer returns to Tacoma, and Seaweed works on material for a new album. The band has played a handful of reunion shows.