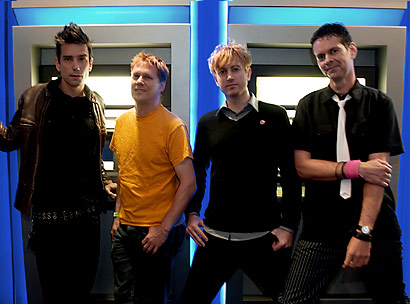 Pansy Division is still here, still queer: The San Francisco quartet just released its eighth studio album, That’s So Gay (Alternative Tentacles). A spot on Green Day’s early-’90s Dookie-era tour circuit made the band an instant hit with college kids across the country, despite the fact that many of them probably couldn’t use the word “queercore” in a sentence. Since then, Pansy Division has remained true to its combination of bawdy homo lyrics and boisterous pop/punk. Download “Twinkie, Twinkie Little Star” below, or for a more intimate Pansy Division experience, check out the band’s DVD, Pansy Division: Life In A Gay Rock Band, which was released simultaneously with That’s So Gay.