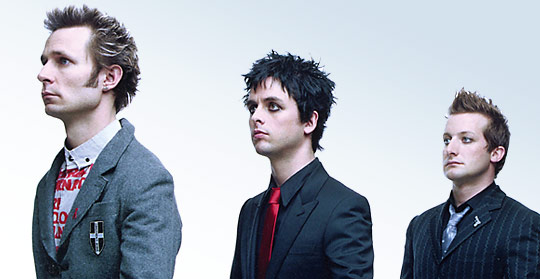 Rock ‘n’ roll hoops fans, rejoice: 90 seconds of Green Day’s “Know Your Enemy,” the first single from the gazillion-selling trio’s upcoming 21st Century Breakdown (Reprise, May 15), will be featured in the opening tease of the NCAA men’s basketball championship game broadcast (Monday night on CBS). At halftime, frontman Billie Joe Armstrong will play CBS analyst Clark Kellogg in H-O-R-S-E, with the winner donating his jockstrap to charity … In other Green Day news that is best categorized as interesting, a stage production of the band’s trillion-selling American Idiot debuts September 4 at the Berkeley Repertory Theatre. Songs from 21st Century Breakdown are included in the show, along with every Idiot tune. Warning: Choreography is involved … Recent MAGNET guest editor Tommy Keene kicks off a 10-date tour April 20 in Austin, supporting his fine LP In The Late Bright (Second Motion). Of special note is the April 25 date in St. Louis, which not only features Sally Crewe And The Sudden Moves but also a rare gig by the excellent Finn’s Motel. Download “A Secret Life Of Stories” … Speaking of a different Tommy, the Smithereens are releasing The Smithereens Play Tommy (E1 Music), a tribute to the Who’s landmark rock opera, on May 5. “This is punk rock opera meets the godfathers of pop,” says frontman Pat DiNizio. “Plain and simple.” What’s not so clear cut is whether the idea is sound … In other MAGNET guest-editor doings, Jason Lytle is digitally releasing “Yours Truly, The Commuter” April 7. The track is a single from his same-titled solo debut LP, due May 19 on Anti-. On June 3, Lytle begins a West Coast tour supporting Neko Case. Download “Brand New Sun” … Ben Lee, another MAGNET guest editor, kicks off a tour April 29, co-headlining with Low Vs Diamond. While performing their own set, Low Vs Diamond will also serve as Lee’s backing band, barely visible behind Lee’s considerable cranium … Heavy drinkers the Hold Steady are on the road pimping A Positive Rage (Vagrant), a two-disc package featuring a DVD documentary and the band’s first-ever live album, out April 7. The boys play Coachella this month before heading off to Europe for shows with the Counting Crows, continuing their questionable choice of tourmates. (Dave Matthews? Counting Crows? Who’s next, the Jonas Brothers?) Download “Chips Ahoy” … Overhyped Brits Arctic Monkeys check in with Arctic Monkeys At The Apollo (Warp Films Productions), a DVD/CD available May 5. The DVD is a 76-minute film documenting the band’s final 2007 world-tour performance (at a theater in Manchester, England, not the Harlem one); the CD, available only in the U.S., is from an Austin gig … Alt-country singer/songwriter Lucinda Williams is offering fans her version of an economic bailout. Anyone who attends a Williams show this year will receive a credit on merchandise sold at gigs. The discount, $7 on clothing and $5 on CDs, is also available at her online store until July 31 … Windy City avant-pop combo Chin Up Chin Up is playing its farewell show May 15 at Chicago’s Empty Bottle. The club is tiny, so plan ahead if you want to go. Download “Virginia, Don’t Drown” … Interested in playing drums for Smashing Pumpkins? If you can stand to be in the same room as Billy Corgan, head out to L.A. April 10, where the lone remaining Pumpkin is holding auditions for someone to man the kit. Send background info, photos and web links to your kick-ass drum solos to pumpkinsdrummer@gmail.com.