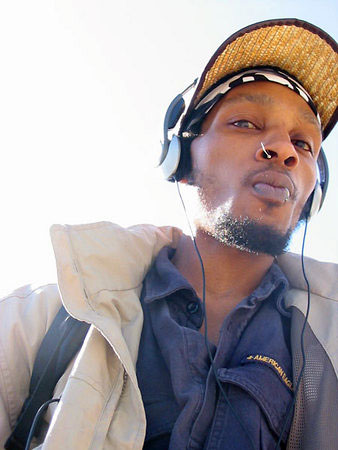 :: DELTRON 3030
Deltron 3030 // 75 Ark, 2000
Hip hop’s own version of Ziggy Stardust, Deltron 3030 was brought to life by producer Dan “The Automator” Nakamura, rapper Del The Funky Homosapien (pictured) and turntablist Kid Koala. Deltron 3030 may have had a sci-fi storyline—in which our hero saved humankind from Orwellian oppression by using his superior rhyming skills—but its execution was strictly down-to-earth. The album was leavened with a healthy dose of comic-geek humor (such as between-song skits advertising futuristic “rap battles”) and Del’s sing-song cadences. It was also Nakamura’s most consistent creation as beatmaker and puppet master. A cast of more than two-dozen characters—played by Prince Paul, Sean Lennon, Damon Albarn and others—made Deltron endlessly entertaining. High concept? These guys were absolutely stoned.

Catching Up: Albarn and Nakamura took the Deltron concept to cartoonish and commercial ends as Gorillaz, with Del rapping on the group’s 2001 hit “Clint Eastwood.” Kid Koala issued Your Mom’s Favorite DJ in 2006. Del recently issued his seventh solo album, Funk Man, as a free download as part of his “stimulus package.”