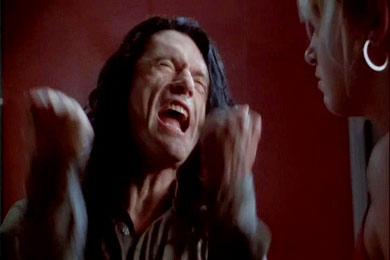 Once upon a time there was Grand Duchy. Then one day, we watched The Room. Now there is only The Room. And Grand Duchy is but a figment, residing within The Room. Possibly the most powerful, greatest film ever made, haunting and compelling, capable of moving the most stoic viewer to tears—of joy. Inept in every sense of the word, Tommy Wiseau’s genius lies in marrying his passion, sincerity and unswerving perseverance as a filmmaker with the worst script, most shiteous acting, heinous cinematography and maudlin and dated soundtrack ever in the history of film. You will love the extended close-ups of this auteur’s butt muscles and the inscrutable accent. Grand Duchy just purchased eight more copies yesterday to give to friends and strangers on the street. Buy one today on Amazon and host your own The Room viewing party. It’s better in groups; if you watch it alone, you might feel like you’re simply going insane.

Tommy, if you’re reading this, we love you and appreciate your contribution to our lives!