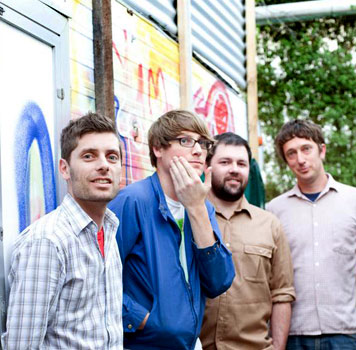 While Belle And Sebastian’s success may have popularized some of twee pop’s signature clichés—jangling guitars, gentle vocals and an affectation of childlike naiveté—it was subsurface groups such as the Lucksmiths (pictured), Tullycraft and Trembling Blue Stars that, along with flag-flying labels Matinée, Magic Marker and even Sub Pop, helped to expand the genre’s stereotypical barrettes-and-kittens borders. Like attention-starved sibling emo, twee has become increasingly maligned by its makers.

“I always see the term as derogatory and a fairly lazy way to characterize indie pop for those who aren’t very familiar with it,” says Jimmy Tassos, owner of the Santa Barbara, Calif.-based Matinée.

“(Trembling Blue Stars singer/guitarist) Robert (Wratten) would be appalled to be described as twee,” says Matt Haynes, co-founder of the U.K.’s Sarah Records. “He wrote the songs he wanted to write, and his influences were more Factory Records than C86.”

Decidedly extroverted, Seattle’s Tullycraft took a punk approach to its indie-pop aesthetic. The chorus of 2002’s “Fuck me, I’m twee!” was the refrain that launched a thousand T-shirts, and 2000 anthem “Pop Songs Your New Boyfriend Is Too Stupid To Know About” encapsulated an entire music scene in a single song. On 2005’s Disenchanted Hearts Unite, Tullycraft dropped the absurdity, and its appeal went into overdrive. Singing “We’re the best band you never heard!” as if there was never any doubt, Sean Tollefson’s nasal vocals were at once brash and bratty; Jenny Mears’ pointed “ah-ah”s and “la-la”s softened things ever so slightly; and together they made “Rumble With The Gang Debs” sound like a group of kids covering the Violent Femmes.

“People fight this term to the bitter end, claiming over and over that they aren’t twee,” says Curt Kentner, owner of Portland, Ore.’s Magic Marker Records. “What looks better: complaining that you aren’t twee or championing it like Tullycraft?”