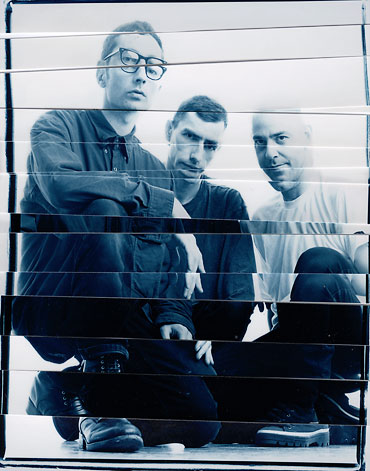 Like surf music, garage rock and Dixieland jazz before it, the jangly, folk/punk clatter of kiwi rock, which first appeared at the dawn of the ’80s on Flying Nun Records, seems to be a musical genre that refuses to lie down and push up the daisies. Case in point: Chris Knox and Alec Bathgate have threatened to keep making Tall Dwarfs discs ’til death do they part. While some of the founding fathers of the New Zealand sound such as the Chills may have mothballed their guitars and opened hair-dressing salons or dog-walking services back in the ’90s, the three members of the Clean—brothers David and Hamish Kilgour and Robert Scott—still play together after more than 25 years and have also created an impressive résumé of side projects. Over the past decade and a half, David Kilgour has issued a series of multi-hued solo albums, including 2004’s reflective, stripped-down Frozen Orange. Hamish Kilgour played with former Go-Betweens bassist Robert Vickers in the indie-pop Mad Scene. Scott, the sparkling decoder ring hidden in the bottom of this cereal box, soldiers on with the thoroughly earnest, always lovable, folk/rock Bats. But it will always be the mythic strains of the Clean that people want to hear most. It’s difficult to pin down exactly why. Maybe, like the Wilsons of Los Angeles, it’s a family thing. “Sure, Hamish and I fought a lot as kids,” David told MAGNET two years ago. “That’s what brothers do. But it never came to onstage punch-ups like Ray and Dave Davies. If we’d hated each other that much, we wouldn’t have been able to make all this music together.” A master plan to keep the Clean a working organism via now-and-then recording sessions and occasional tours, however, doesn’t exist. “We never have any plans,” said David. “That’s why it’s worked for us.”

:: BAILTER SPACE
Wammo // Matador, 1995
The Clean and Tall Dwarfs may have dominated the pop side of the New Zealand scene, but the small country was also home to a renegade population of artists more interested in avant noise, such as the Dead C and Flies Inside The Sun. Christchurch fuzz-rockers Bailter Space (pictured) indulged both stylistic impulses. By the time of fifth album Wammo, the trio had stockpiled an arsenal of sonic tricks: capturing early-Verve melodic shoegaze on “Splat” and channeling Unwound-style guitar jamming on “Voltage.” Though odd men out in the NZ playing field (Bailter Space moved to New York in ’92), the group did its home team proud.