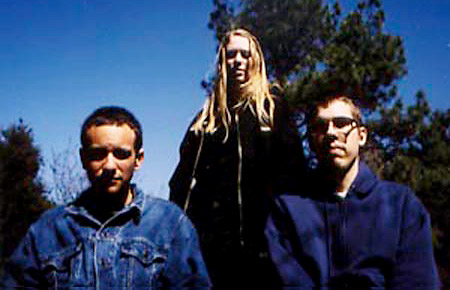 :: BUTTERGLORY Are You Building A Temple In Heaven? // Merge, 1996
It was a short run, but one worth remembering. From 1994 to 1997, Butterglory released three albums of laconic guitar pop that acted like passing seasons in the Lawrence, Kan., band’s brief career. Transformed from a precocious duo into a seasoned threesome with the addition of bassist Stephen Naron, drummer/singer Debby Vander Wall and singer/guitarist Matt Suggs made the autumnal Are You Building A Temple In Heaven? sound like the swan song from a fictional supergroup led by Georgia Hubley and Stephen Malkmus. Of course, making droll, flat-voiced slacker rock in the mid-’90s was a bit like dabbling in Cubism in turn-of-the-century Montmartre, which helps to explain why Butterglory was typecast as a Braque to Pavement’s Picasso.