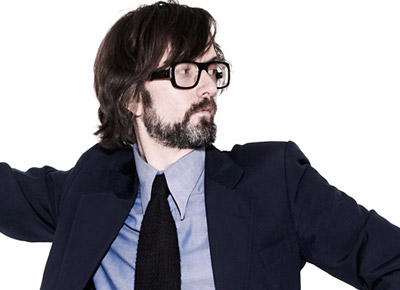 Jarvis Cocker—formerly of Pulp, currently bearded—will release his second solo album, Further Complications (Rough Trade), on June 9. “Angela,” the record’s lead single, sounds a bit like what would happen if Queens Of The Stone Age decided to join the ranks of the British Invasion. With Steve Albini behind the boards of Further Complications, there’s a newly aggressive, garage-rock edge to Cocker’s sharp lyricism. And while the naughtiness of this twisted little love song might not be subtle (“I feel the sap rising tonight”), it’s nice to see that, for once, pop’s greatest wit isn’t overthinking it.