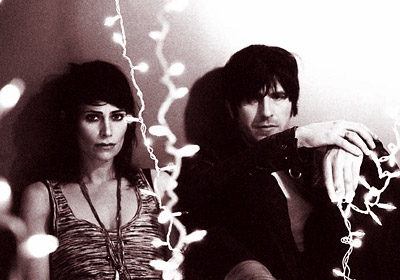 You and your slob bandmates might as well own up to being jealous of Great Northern, the ultra-attractive, cool modern-pop duo from L.A. that soundtracks NBA commercials and pals around with its neighbors in Silversun Pickups. Singer/guitarist Solon Bixler and singer/keyboardist Rachel Stolte unleash sophomore album Remind Me Where The Light Is (Eenie Meenie) on April 28, then hit the road with the Dears for a U.S. tour in May (which they promise to Twitter about). Check out album track “Houses” below, a shoegazey marvel of four sharp chords, femme angst vocals and a divebombing My Bloody Valentine guitar motif. Attn: freeloaders—MAGNET subscribers got an exclusive download of “Snakes,” another track off Remind Me Where The Light Is.