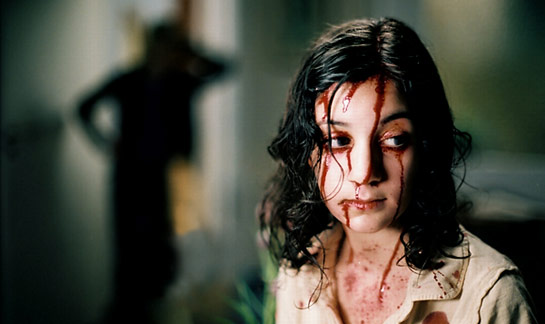 Lowery: This quirky little Swedish vampire movie is the antithesis of the overblown, overdone, overproduced Twilight. Let The Right One In is a coming-of-age story disguised as a vampire movie, but it’s still a vampire movie. It’s got a subtle and mischievous sense of humor; check the scene where the young vampire is not invited into her boyfriend’s apartment. Director Tomas Alfredson could teach Hollywood a thing or two about developing and releasing tension through the use of simple audio and visual cues. Without the aid of expensive special effects, sound effects or an oppressive score, the climatic underwater scene ranks as one of the best suspense/horror scenes ever. This same scene also manages a touch of warmth and humor. Huh?! Yeah, that’s what I would have said. But without giving away the ending, I can’t explain it any better than that.