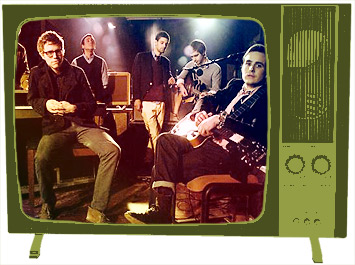 Late Show With David Letterman (CBS): White Rabbits
It’s a blessing and a curse to have someone like Spoon’s Britt Daniel produce your band’s record and be taken under his wing as an opening act. Such is the case with Brooklyn-via-Missouri outfit White Rabbits, whose sophomore album, It’s Frightening (on TBD, out tomorrow), has already been unable to escape comparisons to Spoon.