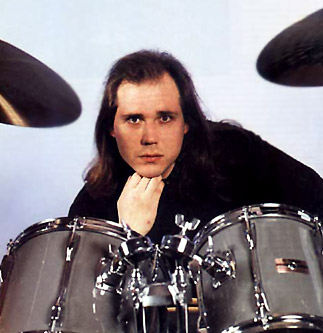 Chris: Being a commercial “recording artist” and a musical entertainer is a vocation that has been with us since Thomas Edison and the wax cylinder. Being a musician is something much more ancient, however; it is a kind of calling that has been with us throughout human history. Nowadays, the two often travel hand in hand in the beginning; everyone with a certain minimum of musical or instrumental chops can make a CD. What happens after a while is that those first four or five chords and beats get fully explored. Where to go then? This is the constant dilemma of the popular musician; you get boxed in, and there’s often every commercial reason to keep repeating yourself. To use two examples from my experience, I’ve been very impressed by the way both Marshall Crenshaw and Ryan Adams, two guys who started with native talent and then sold a bunch of records and played all over the world, went back and resumed serious study of their instrument with teachers and were then able to expand their harmonic horizons and find new places to go, both as composers and players. And, of course, when Branford Marsalis came by last year to play on our new platter, it was easy to hear the work he’d put in, year after year, to evolve to where he is today. But the most inspiring recent example of this, for me, has been drummer (and composer and producer) Anton Fier. Fier had worked intensely hard early on for a shining career as a player; after his stint with the Feelies in the late ’70s, which was when I met him, he toured with Herbie Hancock and went from there to work with an amazing group of folks as both a recording and touring drummer. (A partial list includes Bill Laswell, Bob Mould, John Zorn, Yoko Ono, Jack Bruce, Laurie Anderson, Joe Henry, Matthew Sweet and his own evershifting ensemble, the Golden Palominos.) After two decades of this, he essentially stopped, took a deep breath and reinvented his playing entirely, with the help of a great teacher and–primarily—hundreds of hours of additional dedicated hard work. This wasn’t anything he had to do to make more money; it was, or so it seems to me, what he had to do to continue to pursue the call, to follow the path, of being a musician. After making this leap, after subsequent years of concentrated renewed effort, he reentered the fray, and the metamorphosis in his now highly dynamic and fluid playing has a jaw-dropping effect on anyone who hears or plays with him. (I mean this literally; mouths gape open.) He’s not playing stadiums; he’s behind the scenes in studios or small venues in NYC as often as not, but he is showing us all, day in and day out, what being a master musician is all about: hard work, passion and total dedication.

One reply on “From The Desk Of Holsapple & Stamey: Anton Fier And The Musican’s Path”

[…] Magnetmagazine.com, which Holsapple and Stamey are guest editing for a week, confirms what has been rumored for some […]