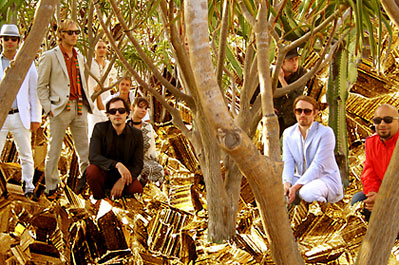 Put members of Foreign Born, Glasser, We Are Scientists and the Fall in a room with an Argentinean pop star and you get Fool’s Gold, an L.A.-based multicultural dance collective. The band’s self-titled debut, out September 29 on IAMSOUND, is influenced by African music, krautrock and American ’80s dance-pop. Somehow, it all works—even the English/Hebrew vocals. While you may not be downing Mai Tais on a tropical island, “Surprise Hotel” feels pretty darn close to that destination.