The duo of Susanna Hoffs and Matthew Sweet may be the perfect assimilation of vocal chops and instrumental savvy, as shown on a pair of recent albums titled Under The Covers (Shout! Factory), with volume one re-examining big hits from the ’60s and volume two tackling the ’70s. The track record for Hoffs and Sweet speaks for itself. Hoffs’ band, the Bangles, was the only member of the hallowed Paisley Underground scene to sell more than a handful of records, cracking the national top-30 no fewer than eight times from 1986-89. Sweet’s breakthrough album was 1991’s Girlfriend, which paved the way for later power-pop classics like Altered Beast and 100{e5d2c082e45b5ce38ac2ea5f0bdedb3901cc97dfa4ea5e625fd79a7c2dc9f191} Fun. The pair plans to take an acoustic version of their Under The Covers act on the road in September, but in the meantime is guest editing magnetmagazine.com all this week. Read our Q&A with them. 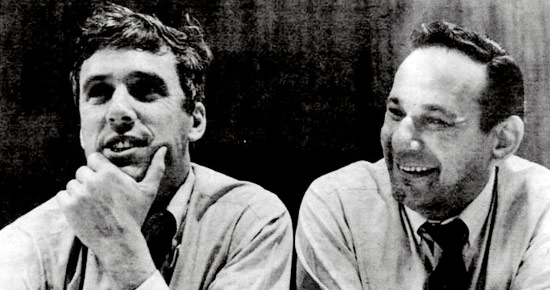 Susanna Hoffs: “Walk On By,” “Alfie,” “What The World Needs Now Is Love,” “The Look Of Love,” “I Say A Little Prayer,” “Promises, Promises,” “What’s New Pussycat?” “Anyone Who Had A Heart,” “Message To Michael,” “Trains And Boats And Planes,” “Do You Know The Way To San Jose” and so many more. I love these songs, written by Burt Bacharach and Hal David, because they are so deliciously melodic and emotional. I had the great pleasure of recording “The Look Of Love” and “Alfie” for Austin Powers. Videos after the jump.