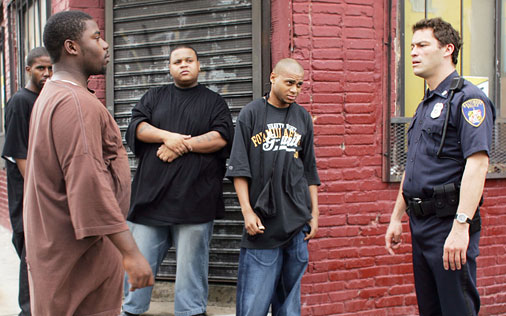 Steve Wynn: What do The Wire (pictured) and Yacht Rock have in common? Not much on the surface. One is five seasons of superlative TV, some of the best writing, directing and acting in the history of the 60-year journey from cathode tube to LCD flat-screen panel. And the other is a silly, sophomoric (but hilarious) Internet mini-saga (10 episodes of about five minutes each) of the L.A. “smooth rock” movement of the late ’70s. But they are both things that I discovered recently, a few years after the curve, then proceeded to drive everyone nuts with my belated enthusiasm and proselytizing. (“Yeah, Steve, I know,” friends would say. “I was into that two years ago.”) But they’re both amazing in their own way; the latter will take up much less of your time. And both left me with a feeling of sadness when I realized I had seen the last episode and there was nothing left. Sob. I hear there’s some cool show out there called Twin Peaks. I’ll have to check it out. Video after the jump.

One reply on “From The Desk Of Steve Wynn: “The Wire” And “Yacht Rock””

A hearty Right On! on both accounts, Steve. Throw your own body of work in there and you have three of my favorite things EVER!