Because he’s written so many great tunes for other performers, some people might get the wrong idea about Marshall Crenshaw. He’s also a fine singer. No matter how many celebrity vocalists have tackled his stuff, nobody puts more into a Marshall Crenshaw song than the man himself. If you somehow have overlooked the music of this 55-year-old Detroit native, you should immediately dive into the pond with the 2006 double-CD of his early stuff, Marshall Crenshaw: The Definitive Pop Collection (Rhino), then fast-forward to his new one, Jaggedland (429). Naturally, the voice sounds a little more lived-in almost 30 years later, but the songs are every bit as finely crafted. Crenshaw is guest editing magnetmagazine.com all week. Read our Q&A with him. 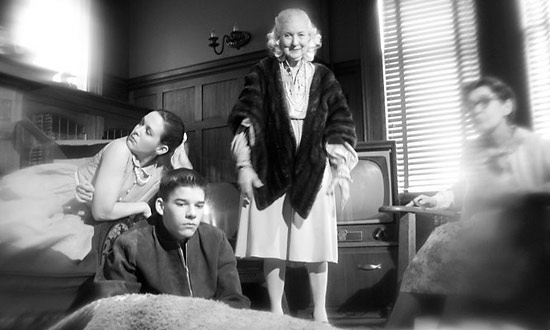 Crenshaw: What with one thing and another (my grandfather was born in Montreal, so Canadian TV and radio from Windsor, Ont., were part of day-to-day life in the Detroit area when I was growing up, etc.), I’ve always felt some sort of kinship with Canada, which isn’t necessarily why I’ve been meaning to see a Guy Maddin film for a while. But anyway, I finally saw My Winnipeg on the Sundance Channel last month, and for me, it’s a real keeper. It’s part documentary, part autobiography, which sounds simple enough, but I’m not a good enough writer to really clue you in about Maddin’s great and very dark sense of humor and the otherworldly atmosphere that he creates as a filmmaker. You’ll have to see it for yourself, and I think you’d be really glad you did.