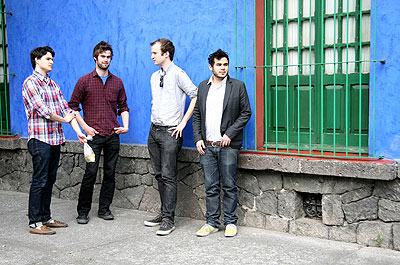 We don’t mean to get your hopes up, Vampire Weekend fans, because the band’s sophomore album, Contra (XL), isn’t out until January 12. Then again, we probably didn’t have to tell you that, since the blogosphere has been going crazy between the release of the album’s peculiar cover and a very dramatic countdown leading up to the release of opening track “Horchata,” which you can download below. Rest assured: It’s still Vampire Weekend being Vampire Weekend, with oddball lyrics, marimbas and an ever-present chorus of echoey background vocals.