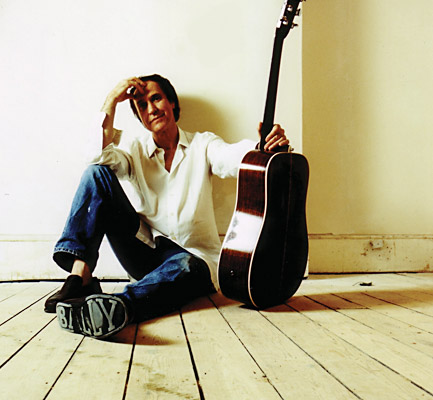 Be honest, Kinks fans. Your first reaction when you heard that Ray Davies had cut an album of Kinks klassics backed by a 60-voice choral group probably wasn’t one of unbounded rapture. And yet Davies’ first live U.S. performance of The Kinks Choral Collection (Decca) at the Warfield Theatre was loaded with sublime moments. When Davies’ unforgettable voice, backed by a four-piece rock band of guitar, keyboards, bass and drums, blended perfectly with the majestic sound of a scaled-down, 25-member choral group on theatrical gems like “Waterloo Sunset”  and “Celluloid Heroes,” it was almost as though the original versions might now somehow sound incomplete without the thunderous majesty of the choir. “See My Friends,” a mournful dirge from the Kinks’ early days, also sounded most appealing when done up a cappella by Davies and chorus.

On the other hand, the large vocal group was all but swallowed up by the electrified combo on ultimate rockers “You Really Got Me” and “All Day And All Of The Night.” What may be the best example of that high-octane breed, “Till The End Of The Day,” fared much better without the choir.

The evening began quietly with Davies and longtime accompanist Bill Shanley, both on acoustic guitars, in a short version of 1998’s Storyteller tour, this time minus most of the spellbinding anecdotes, playing Kinks songs that Davies apparently deemed unworkable for the choral format. “This may be one of the weirdest nights you’ve ever seen,” said Davies as the pair spun out confident versions of “I’m Not Like Everybody Else,” “Dedicated Follower Of Fashion” and “A Well Respected Man.” A particularly fine, jazz-chord-infused retooling of “Sunny Afternoon” was introduced by Davies as a song he penned after a brief nervous breakdown. “I didn’t want to leave the house during the day, strangely enough, because I was afraid of the sunshine,” he revealed. Probably not an uncommon, nor very serious, affliction in soggy old Blighty. An interesting footnote to the evening occurred when Davies brought out the electric quartet and they played a lovely fragment of a forgotten old chestnut by Hank B. Marvin And The Shadows, the instrumental band that ruled the charts in pre-Beatles England.

A creeping let’s-get-this-part-of-the-show-out-of-the-way-quickly aura began to surface, however, when Davies tossed his loveable tune “Autumn Almanac” (“And all the people l meet/Seem to come from my street”) under the bus with a dismissive aside to the audience—”Can you believe this shit?”—then abandoned the song altogether in the middle of its final chorus.

But things were cranked up to full boil once Davies strode assertively back onstage after a brief intermission, perhaps as eager as everyone else tonight to hear his new Kinks hybrid at the peak of its powers. Next to Davies stood choral conductor David Temple, the man who created the breathtaking vocal arrangements and introduced by Davies as an old pal from Muswell Hill.

Davies immediately zeroed in on the repertoire that best fit the newfound vocal enhancements with startlingly lucid versions of “Victoria” and “Shangri-La” from 1969’s Arthur, songs that perfectly balanced Davies’ fragile lead vocals with the powerful sound of the choir. Then Davies and crew really got down to business and played almost the entire Village Green Preservation Society album. The longplayer that preceded Arthur, now looked upon as one of the Kinks’ best, was a financial disaster upon its 1968 release. “It may have been the most unsuccessful album ever,” smirked Davies. “Our record company would have dropped us if they had known they hadn’t already done so

One perfectly realized diamond after another, “Village Green” (“It was there I met a girl called Daisy and kissed her by the old oak tree”), “Do You Remember Walter,” “Picture Book,” “Johnny Thunder,” “Big Sky” and, most of all, “The Village Green Preservation Society,” itself (“We are the Sherlock Holmes, English-speaking vernacular/God save Fu Manchu, Moriarty and Dracula”) stand now as full testament to Davies’ songwriting genius.

And then the goosebumps really kicked in with the program’s final work. “Days,” a song that may have replaced “Waterloo Sunset” in the hearts of longtime Kinks fans, is the perfect fit for these new clothes. Released as a single in 1968 and album-less until Davies reshuffled the back catalog in 1998 and added it to Village Green, “Days” is everything you could possibly want in a grand finale. Davies’ unadorned voice, backed by a wordless opening hum from the choir that wielded the rumbling power of a regiment of didgeridoos, immediately gives the song a cantata-like air. You can almost smell the candle wax in the cathedral. It’s all brought to a “Day ln The Life”-like conclusion by an ascending vocal line of epic proportions. This absolute knee-wobbler must have made the faithful think they had, indeed, arrived at the pearly gates. Probably more than one devotee made a mental note to leave instructions for this music to be played some day upon his own demise.

Like Arthur Lee’s one-off, full-scale mounting of Love’s Forever Changes in 2003, this choral presentation, for obvious financial reasons, may never happen again. It is well worth checking out the short, bi-coastal tour schedule and making necessary plans with all due haste. It might be your ultimate Thanksgiving present to yourself.

Great review of a great concert. If he were playing the Warfield for a week, I’d have gone a couple more times. But, I think his comment during Autumn Almanac was directed at a guy in the front who was heckling him by calling out requests. Ray’s line was “Do you hear this shit” in reference to the drunk fan.