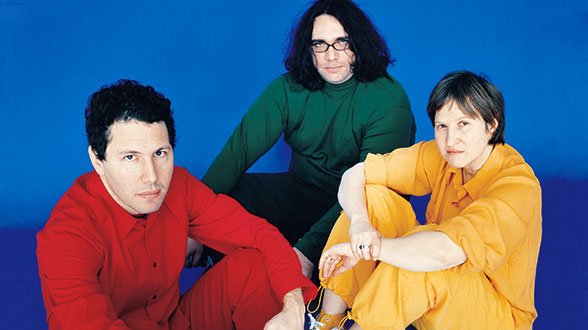 This email came from reader Zachary Malkinson of Boulder, Colo., in anticipation of a Yo La Tengo Over/Under. Anyone else want to steal our thunder?

I realize these columns aren’t democratic, but I wanted to add my two cents for consideration when compiling the inevitable Over/Under on Yo La Tengo:

:: The Five Most Overrated Yo La Tengo Songs (In No Particular Order)
1. “Tom Courtenay”
They play this at every show. It’s a good song, but not even close to their best. I’d rather see “Autumn Sweater,” “Big Day Coming” or anything from May I Sing With Me than “Tom Courtenay.” I can’t figure out where the adoration comes from. In October, I saw them play an acoustic version, which was a treat, although the dude behind me continued to shout a request for “Tom Courtenay” for the rest of the night.

2. “Blue Line Swingers”
This is the song where my wife always leaves to go to the bathroom. It’s a very good song, but there are a limited number of extended guitar riffs they will play on a given night, and they play it a lot. I would rather hear “Story Of Yo La Tango” any day.

3. “Pass The Hatchet, I Think I’m Goodkind”
Another good song that is overplayed. (See above entry on spreading out the swirling-guitar jams.)

4. “Nuclear War”
We saw them play this at the Fillmore in San Francisco while Iraq War protests were swirling in 2004. It was poignant and funky. Recently, they played this in Denver, and it lost some of its luster.

5. “Season Of The Shark”
Why this was included on the greatest-hits compilation evades me. It’s a perfectly fine song, but a hit? Nah.

:: The Five Most Underrated Yo La Tengo Songs (In No Particular Order)
1. “We’re An American Band”
From the slow, hushed, road-music beginnings to the sprawling guitar work of the climax, this song really shows the range Yo La Tengo can pull off.

2. “False Alarm”
Not only is this song a little funky and a little caustic, it is incredible to see live: Ira Kaplan shaking maracas while tormenting the organ: an absolute delight. One of their most exuberant moments.

3. “Today Is The Day”
For the same reasons, we love “Cherry Chapstick,” “Sugarcube,” “Nothing To Hide” and “From A Motel 6.” This song has all the fuzz with classic understated vocals.

4. “Magnet”
This song really captures what it is like when the band goes to the front of the stage with an acousitic guitar and Georgia Hubley uncomfortably singing. It is pretty and sweet with a perfect country shuffle.

5. “And The Glitter Is Gone”
This is so good, I can’t believe they don’t play it every night. See the rooftop performance of this tune: brilliant.

10 replies on “And Then The Mailbag Turned Itself Inside-Out: A Yo La Tengo Fan’s Over/Under”

‘blue line swinger’ can never be played live enough. georgia’s vocals are sweet and i love the melody line.

The reason Tom Courtenay is the most requested Yo La Tengo song is because it is very simply among the very best songs they ever wrote.

I am much intrigued by the idea of Ira Robbins (editor of Trouser Press mag.) shaking while tormenting, but I think you meant “Kaplan”? Or know something I don’t?

Umm, Google tells me that “Ira Robbins” edits Trouser Press. When did he ever play False Alarm with Yo La Tengo?

Oops. Editing mistake. But a guy can dream of Ira Robbins shaking while tormenting, can’t he?

The mistake has been fixed. But we do love Ira Robbins, nonetheless.

Dear Zach: I think you have confused the words of “over-rated” and “over-played.” They are not the same. Just because Tom Courtenay is played and requested rather extensively is because it is quintessential Yo La Tengo. If possible, let’s leave the intelligent debate of Yo La Tengo to the experts (as opposed to providing a tally of how much a song is played). Oh, give Blue Line Swingers a chance…it too, classic YLT..starts off without any warning and when it ends, you’ve been engulfed and wondering, what did I just experience. Perfection.

Remember the proviso at the beginning of all of these over/under columns: many of these songs aren’t really overrated in the traditional sense, e.g. number one on the billboard charts. But songs which, for some reason, are considered stand outs or OVERPLAYED. For example, is it really possible for any song by The National to actually be overrated by its small cadre of fans? I respectfully disagree that how often a song is requested/how often a song is played does not suggest that a song is overrated. Moreover, as noted in nearly every over/under column, the fact that a song might be overrated does not mean that song lacks quality. Are you really going to take someone else to task because they don’t LOVE the same songs you LOVE? Aren’t all these lists/forums just a lovely chance for music fans to spout off their opinions? Is there a single top ten list that represents “intelligent debate by experts?” Of course, not. These lists are a compilation of someone’s personal response to art. And, for me, Tom Courtenay does not live up to its reputation as a quintessential YLT song. Part of my complaint: they play it at every show!

Just so you know, The National are pretty gigantic overseas.

I like Yo La Tengo a lot but I don’t see them enough to know what they play too often. I’ve seen them maybe every 4 years for the past 20 years and don’t remember what they play. I like the song Paul Is Dead. I don’t know if it’s overplayed or not but it’s short, simple and very pleasant. I wish they would always play it.