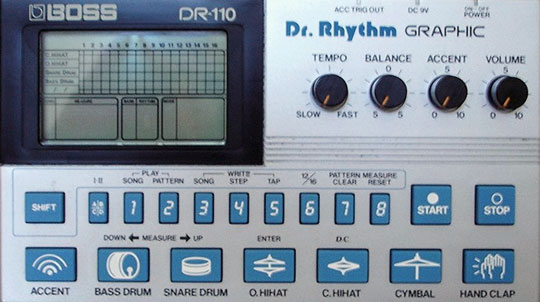 Flansburgh: They came for the kick drum, but they stayed for the hand claps! The DR-110 was an early tool for TMBG. There is nothing real about the sounds that came out of this early “pro-sumer” drum machine, but more singular to the DR-110, there was nothing particularly big sounding about it, either. The graphic display can be tapped into, which put it well past the pre-programmed “accompanist” rhythm boxes that were created for console organ players, and hearing the results of an entirely hypothetical graphical idea turned into a rhythm wasn’t usually successful but was still fascinating. Video after the jump.