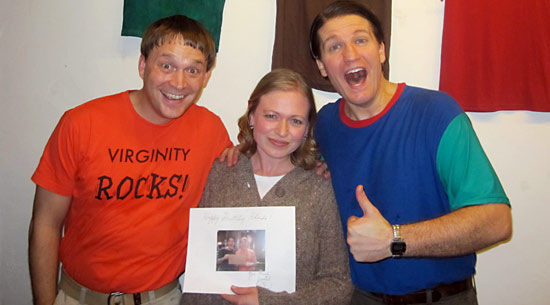 Madison, Wisc., November 21
With Tim driving the car, we hit the road for Madison. We stopped in Wilmette, Ill., on our way to visit our friend Kyle, who has a huge dog. (See photo after the jump.)

Kyle calls his dog “Mr. Smith,” which shows immense respect for this immense dog. We enjoyed some soup and mini-pizzas (thanks, Kyle!), and then it was time to get moving because there’s a saying in show business: “If you’re gonnna be late, you may as well forget about coming at all, because everyone will be so mad at you.”

We rolled into Madison around 5:30 p.m. and saw the lovely capitol building right away—easy to spot because it stands proud, white and rotund, like Rush Limbaugh. We had two shows that night at a place called The Project Lodge, but they may as well have called it “The Smile Factory” when we were done! (We were also thinking they might change the name of the city from Madison to Glad-ison!) Also, we got to meet our Facebook friend, Rhonda!

We had taken a picture for Rhonda at an earlier show, but this time we got to take a picture with Rhonda, which included the picture we had taken for Rhonda from before!!! It was her birthday, and we were so happy to celebrate it with her!!! 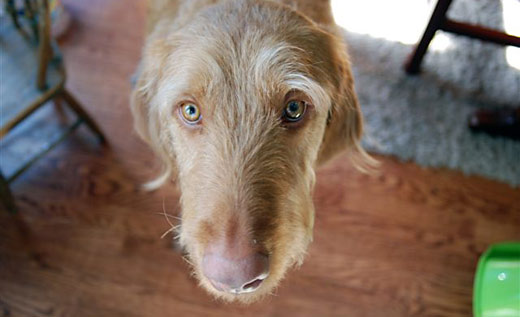