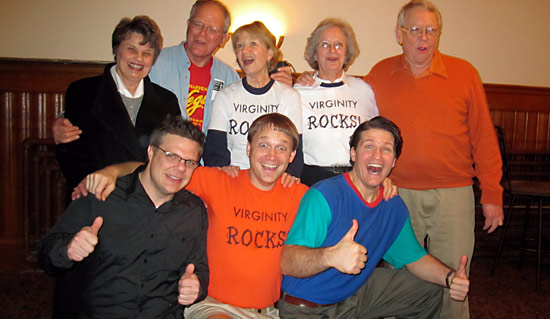 Menomonie, Wisc., November 22
We drove up from Madison to Menomonie for our show at the Mabel Tainter Center For The Arts. Menomonie is a lovely old lumber town that is now home to a small university and is surrounded by fertile farmland. The Mabel Tainter is to theaters what sugar-free gum is to gum: awesome. Tim opened the show and had a great set, and then he brought us on, and we were jazzed to see a full house!!! Then we saw a bunch of old friends and family at our “afterglow” downstairs. It was a wonderful show and a perfect end to the tour. Here’s a photo with Tim and us in the front row and Adrianne, Pinckney, Susan, Jane and Bob in the back!

We flew back to NYC from the Minneapolis airport the next day, and on the way back, Jeremiah noticed something out the window and said, “Look Gideon! A rainbow!” (See photo after the jump.)

And Gideon said, “Hold on a second. Considering where we are, that’s a plane-bow!” And we had a good laugh. And then the guy in our row laughed, too, but it sounded different from our laughter. It was like he didn’t want us to see him laughing, and like he was laughing at someone rather than something.

It was a great tour, and we look forward to a whole lot more “road time” soon! 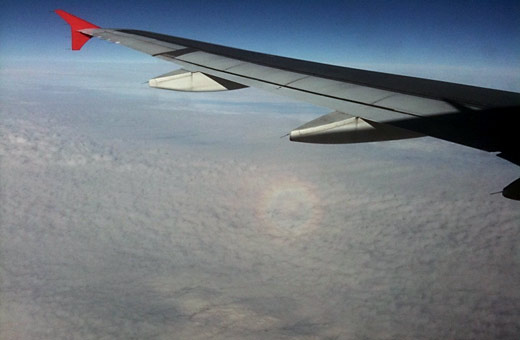